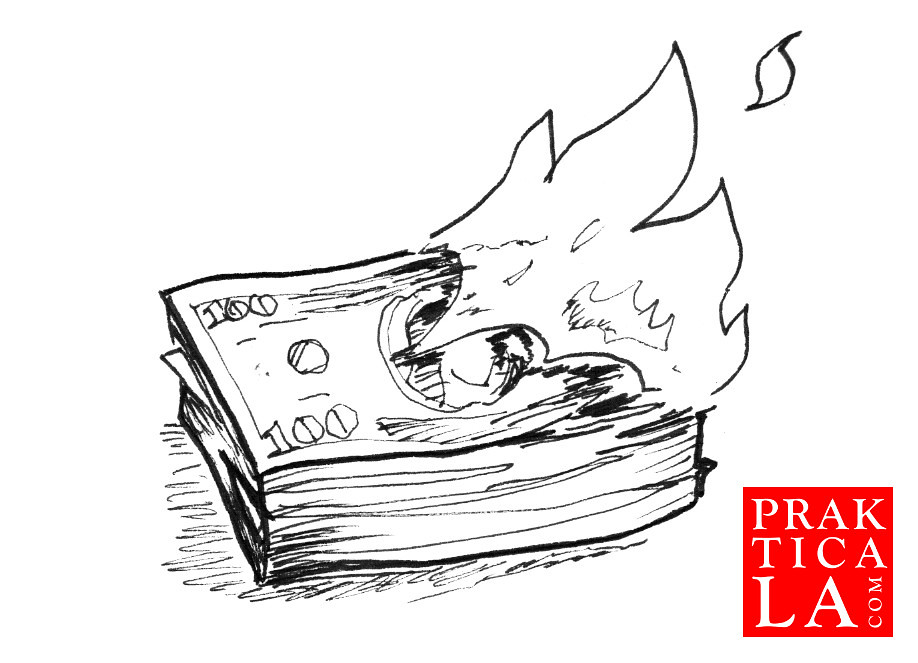 Happy Thanksgiving from PRAKTICALA to all our readers! We hope you enjoy the holiday with friends, family, and good times.

If you’re like us and are pinching pennies this season, here are some of our favorite Black Friday deals for 2016 that won’t cost you an arm and a turkey leg! No need to set your money on fire like in the reused illustration above! Check back throughout the weekend for updates!

Back in the day I would line up in the freezing cold on Friday morning in front of CompUSA along with the twelve other nerds to get free dust blowers and SoundBlaster cards.

Now Black Friday has become a mass exodus that involves lining up on Thanksgiving day rather than, you know, spending time with friends and family.

I gave that up a long time ago. I experience Black Friday now as an armchair jockey, eating my leftovers, watching movies, or playing board games. Check out these Black Friday deals for 2016!

Anova Precision Cooker – $99 at Amazon. Easy, one-setting sous vide precision cooking you can control from your phone! WHAT??

Amerisleep Mattresses – $50 off by clicking here, plus another $200 off with promo code BF200 (read our Liberty Bed review here)

Kindle Fire 7″ Wi-Fi 8GB w/ Special Offers – $33 at Amazon. Smoking deal. Hard to believe you can get a tablet for this cheap!

All the movies listed here have PRAKTICALA’s personal seal of approval!

Independence Day: Resurgence (Blu-ray) – $9 at Amazon (not gonna lie, I liked this movie almost as much as the first one)

Beckett Simonon – 50% off everything, plus an additional $15 off with promo code PRAKTICALA15 (read our reviews of their suede bomber, brown brogues, Cohen loafers, and Caine oxfords)

This post will be updated throughout the weekend with more of our favorite deals, so check back frequently!

Want to alert us of a great deal you found? Leave a comment below!