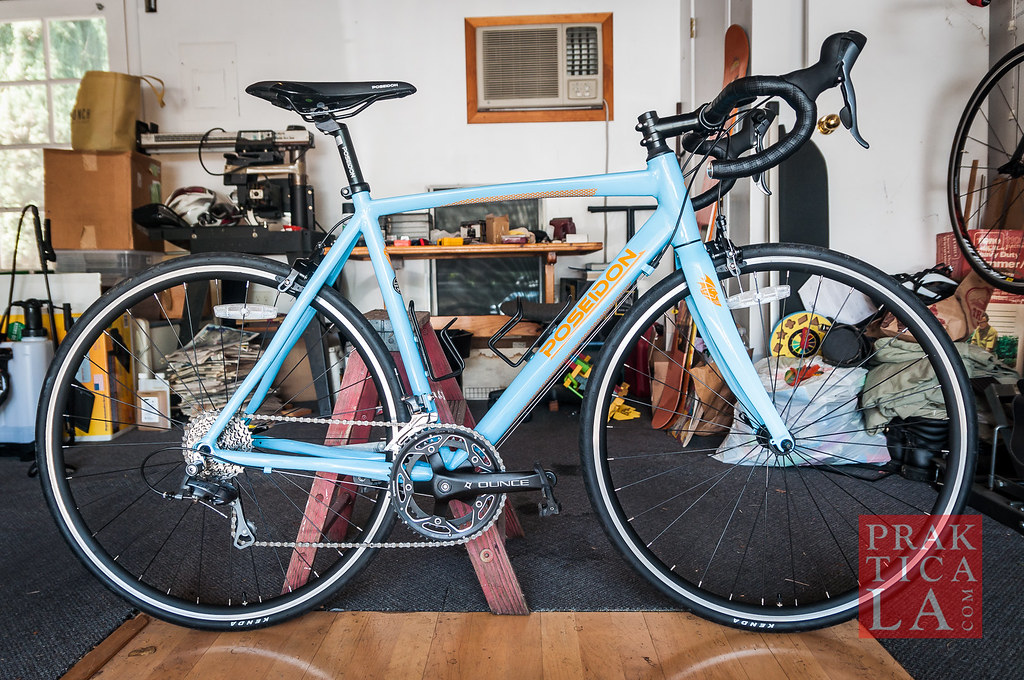 Back in 2016, Poseidon impressed PRAKTICALA with the Poseidon Bike 4.0, an enthusiast-level road bike at an entry-level price.

Since then, Poseidon updated their bike with improved geometry and expanded colors while still retaining their value pricing. We were finally able to grab one for road testing. Check out our full Poseidon Triton review below! 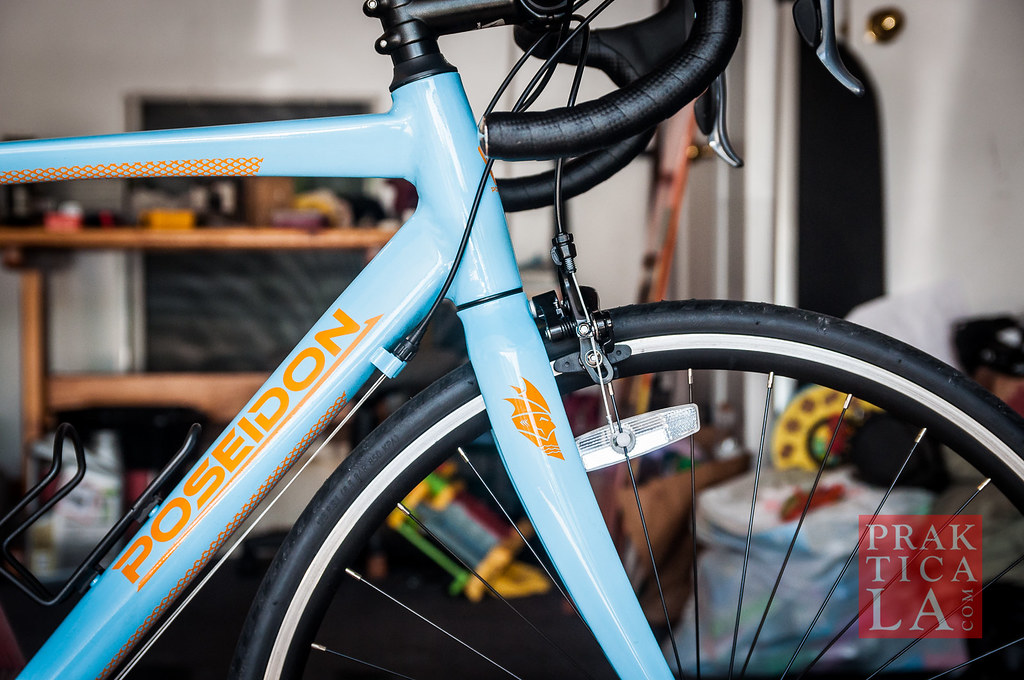 If you’ve already read the Poseidon Bike 4.0 review, you’ll find the Triton has a lot of similarities. The aluminum frame is “smooth-welded” for a seamless appearance that could be easily mistaken for carbon fiber. 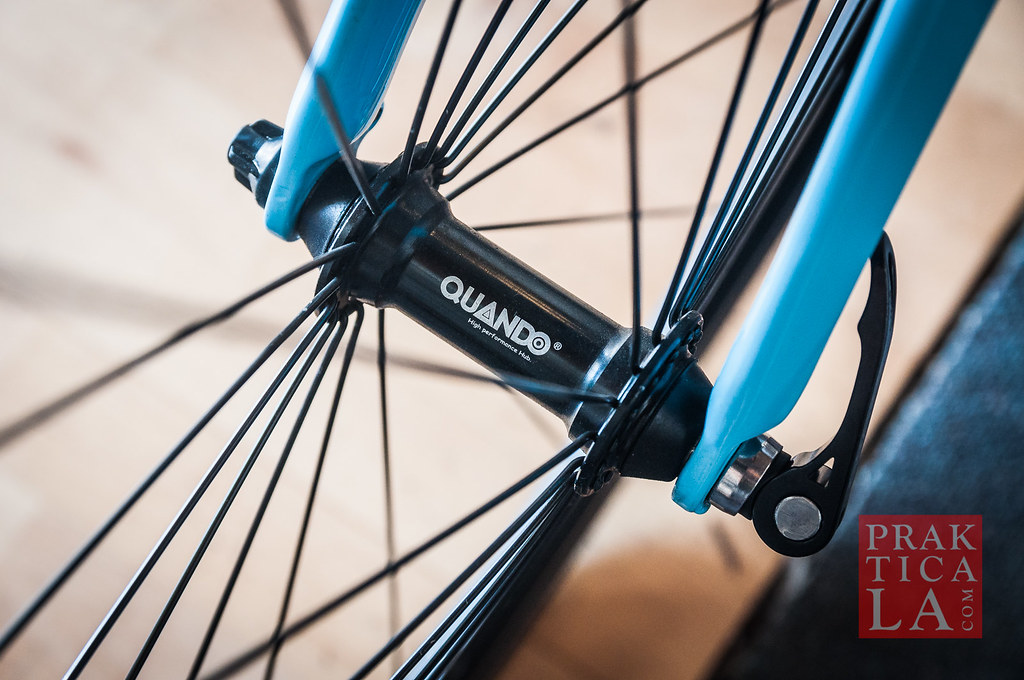 The Triton carries over several components from the 4.0, including the ProWheel Ounce cranks, Quando hubs, and house-branded seatpost, stem, handlebars, and tape. A carbon fork provides reduced weight and a smoother ride (not something you’ll normally see on a sub-$800 bike). 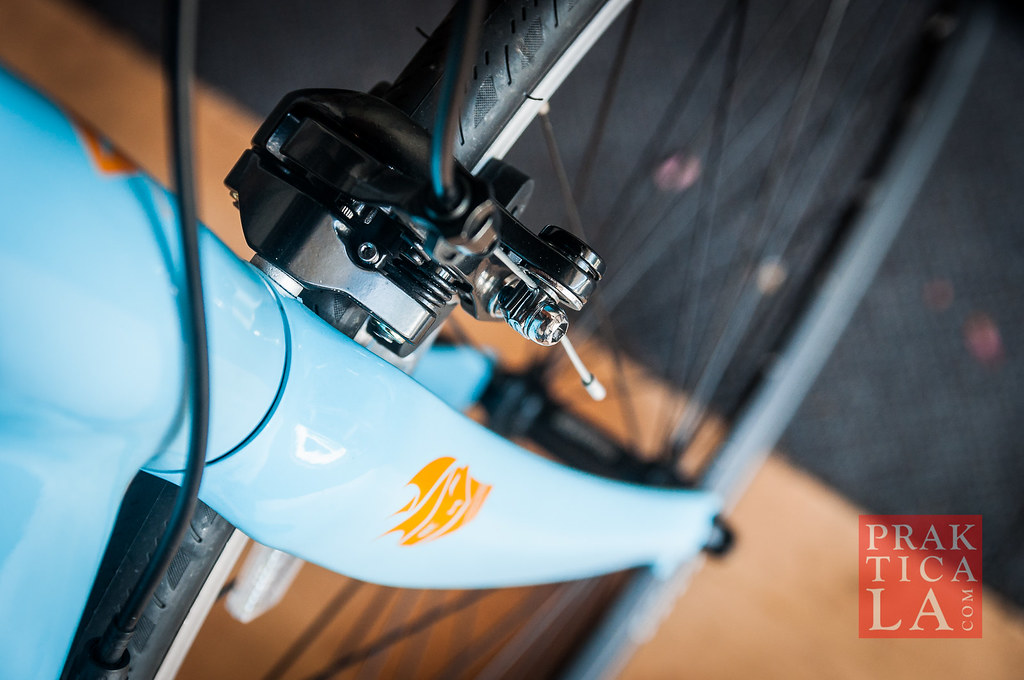 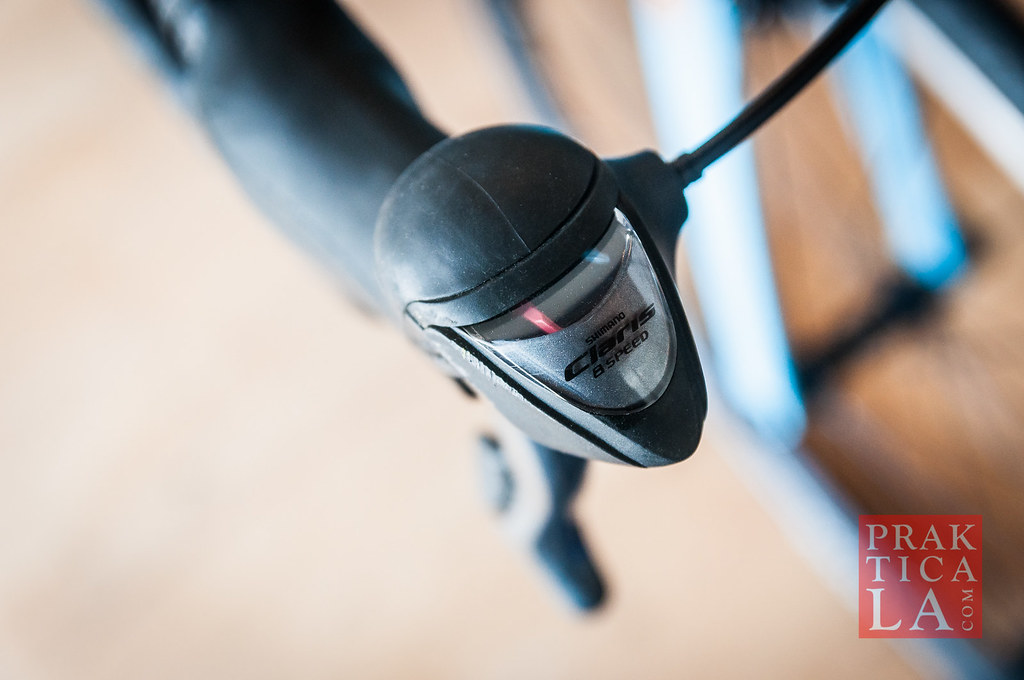 Note the (superfluous) gear indicators on the Claris shifters.

Poseidon wisely ditched the deep-dish wheels from the 4.0 for standard-depth rims on the Triton.  Theoretically, this sacrifices some aero advantage, but the resulting weight reduction is a welcome trade-off since the Triton isn’t really an aero bike anyway. 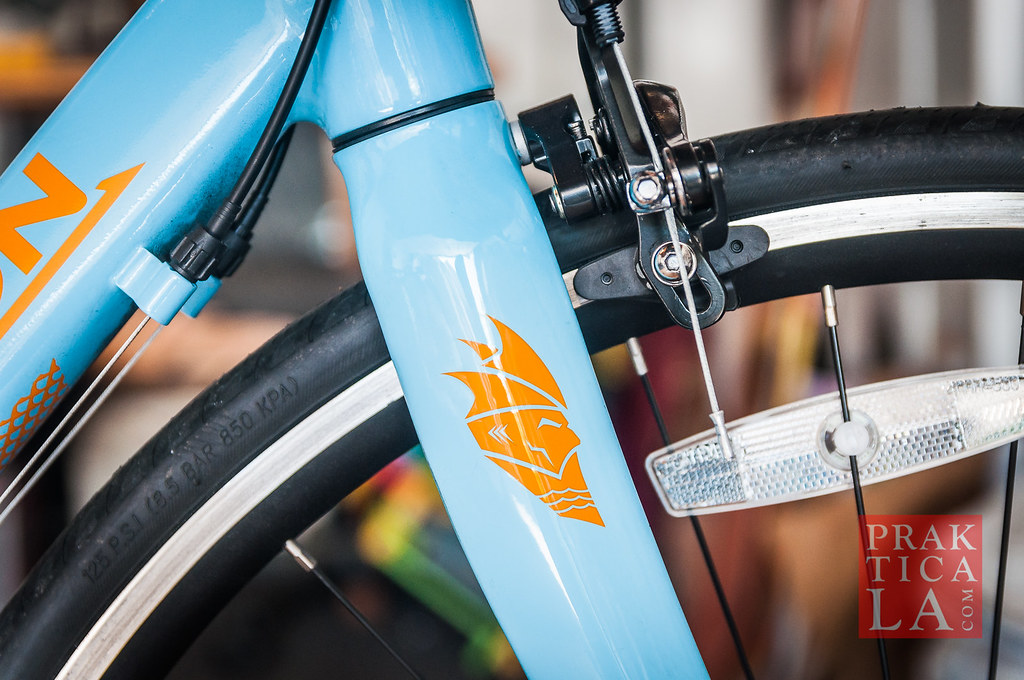 The rim brakes still utilize non-cartridge pads like before, but have been upgraded with more powerful calipers (braking power was one of the weak points of the 4.0).

Interestingly, Poseidon swapped out the 4.0’s wider, cushier saddle for a firmer, sportier seat on the Triton. 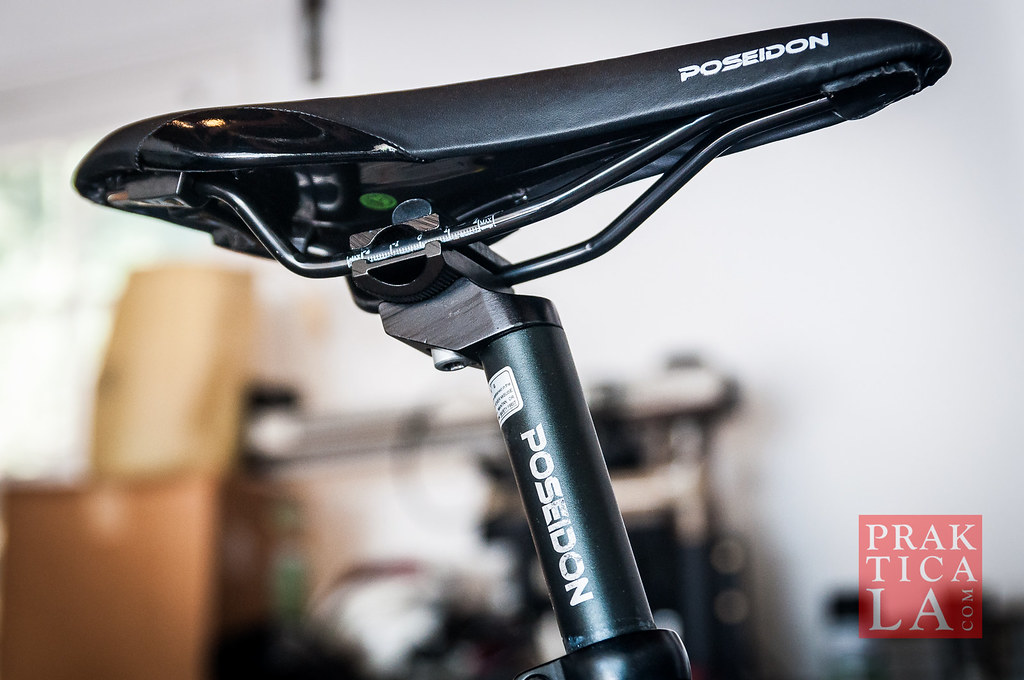 Most prominently, the geometry has been updated to be less aggressive for a more upright riding position. The rounded top and down tubes replace the sharp angles from the 4.0 for a sleeker, more modern appearance. 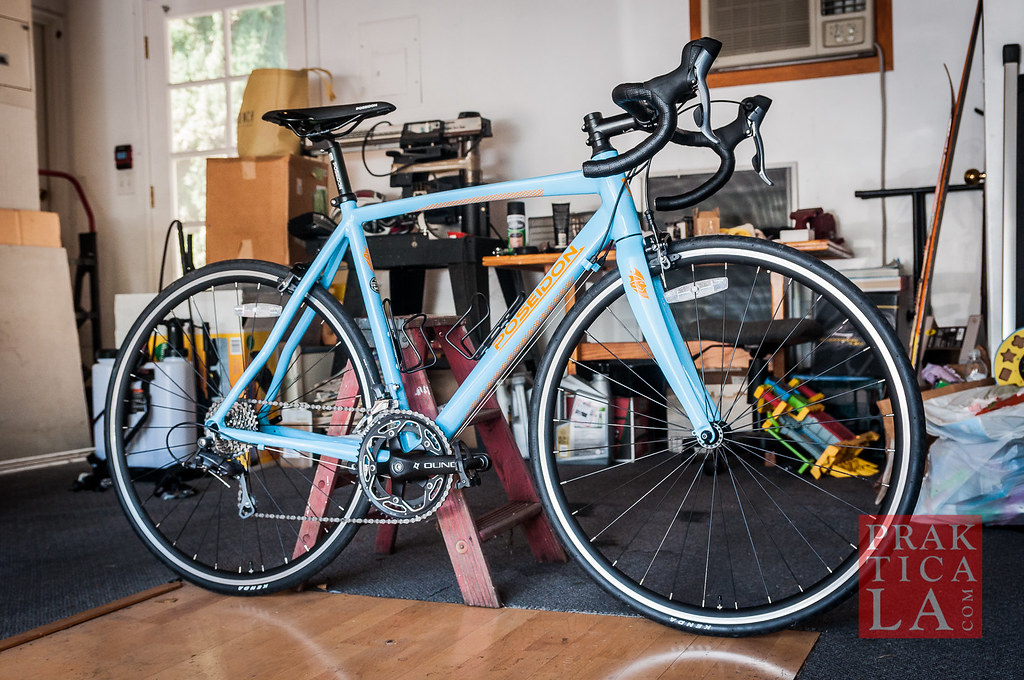 Poseidon also added more color options. The Triton still looks totally dope. But whereas the 4.0 sported a matte, stealthy aesthetic, the Triton vies for attention with glossy paint and brighter colors, like this one in “Le Mans Orange” (although it looks blue to my eyes). “Gold Dust” and “Ghost Grey” are also available. 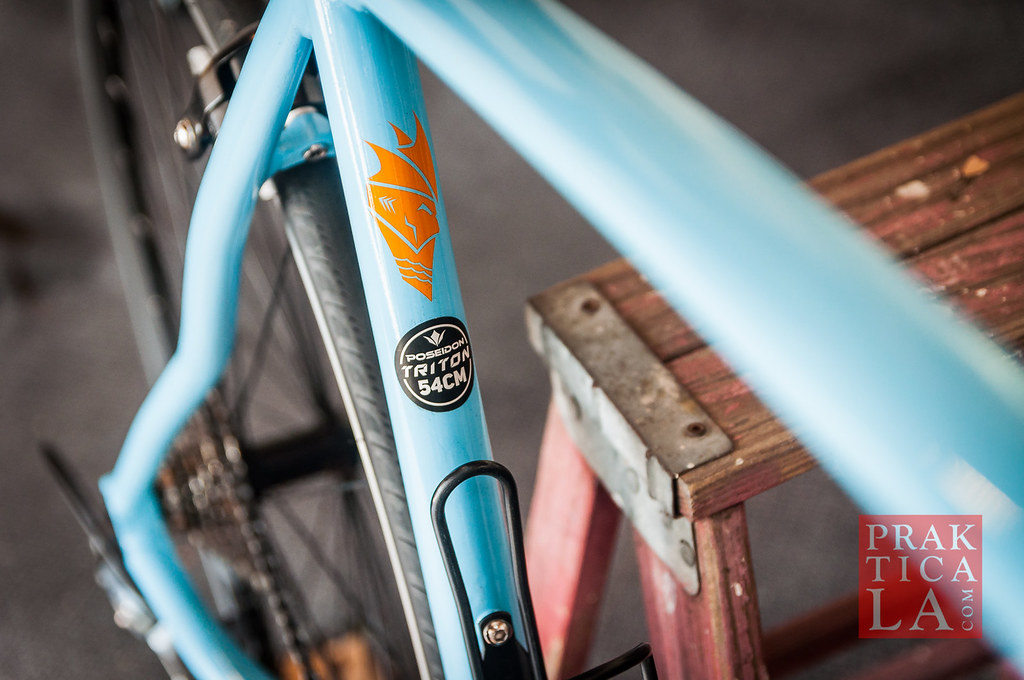 So far I’ve logged about a hundred miles for this Poseidon Triton review, including two 35+ mile rides totaling over 5,000 feet of elevation gain.

Unsurprisingly, the Triton performed above expectations. I maintained generally the same pace and output as with my Motobecane LeChampion, which I’m using as my reference point. (Note that a LeChampion-level bike easily retails for 3-4 times the price of the Triton.)

While the Triton weighs more, it still clocks in at only 22 pounds – two pounds lighter than the 4.0. The LeChampion’s carbon frame and lighter groupset (SRAM Rival) save an additional 3-4 pounds, but the Triton compensates with a more generous 32-tooth largest rear cog, making climbing easier. 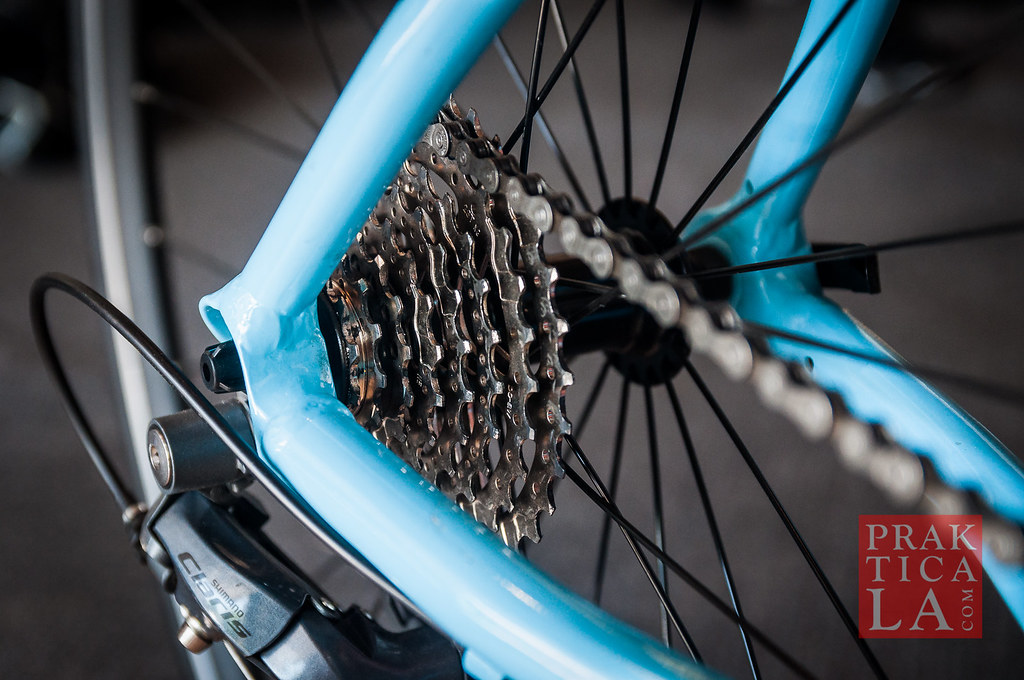 The Shimano Claris derailleurs supply a total of 16 gears – more than enough for all but the pros. Yes, it won’t shift quite as smoothly as SRAM Rival or Shimano 105 (occasionally noticeable in the jarring “hammer” effect during gear changes). But it shifts, consistently and without fail.

Braking is much better than the 4.0, but is still a bit sluggish compared to a cartridge brake pad with a metal shoe. On the descents, traveling at 30+ mph, grabbing the brake levers sufficiently slowed the bike down, but I definitely felt the strain. 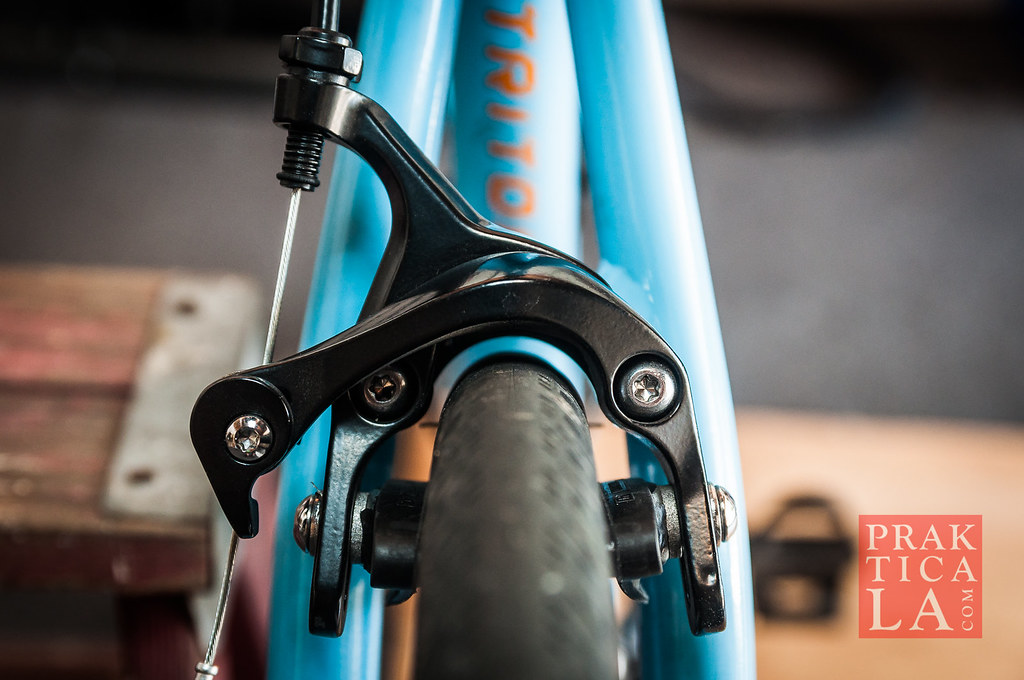 The saddle, while grooved, lacks a cutout like the 4.0’s seat. This posed no issue on the flats, but during the climbs I grew numb after a few minutes – something I also experienced with the LeChampion, which came stock with a high-end Ritchey saddle (also no cutout) before I switched it out for a cutout seat(a PRO Turnix, awesome).

If comparing the Poseidon Triton against other bikes in its price range, the Triton blows them away. Similarly-equipped road bikes routinely go for double the price of the Triton. Sure, you could also get one for dirt cheap from Bikes Direct or Bike Island (I have), but it won’t look nearly as rad. 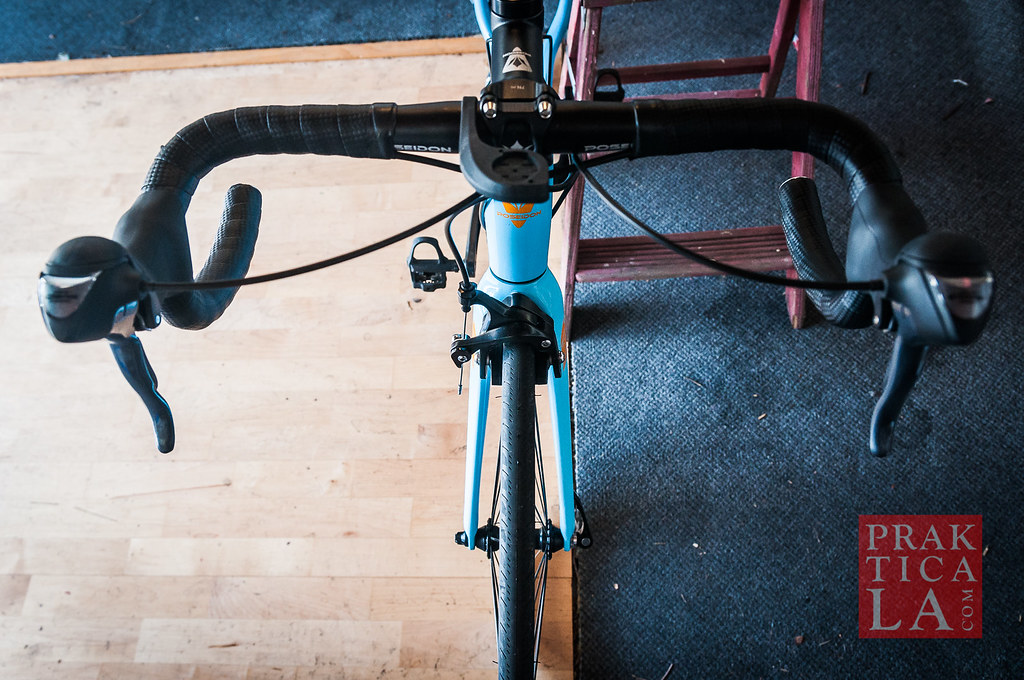 Of course, a carbon frame is more responsive, brand name wheels spin faster, a higher-end groupset is lighter and smoother. But is worth an extra five hundred bucks? A thousand?

After 100+ miles, I can confidently say I derive from the Triton at least 90-95% of the performance I achieve with the LeChampion. At my level (enthusiast, not pro), the remaining 5-10% slack is more superficial (e.g., stiffer shifting, noisier cranks) than actual impact on effort or speed.

In other words, it does everything pricier bikes do (pedal, brake, shift), just with incrementally less finesse. 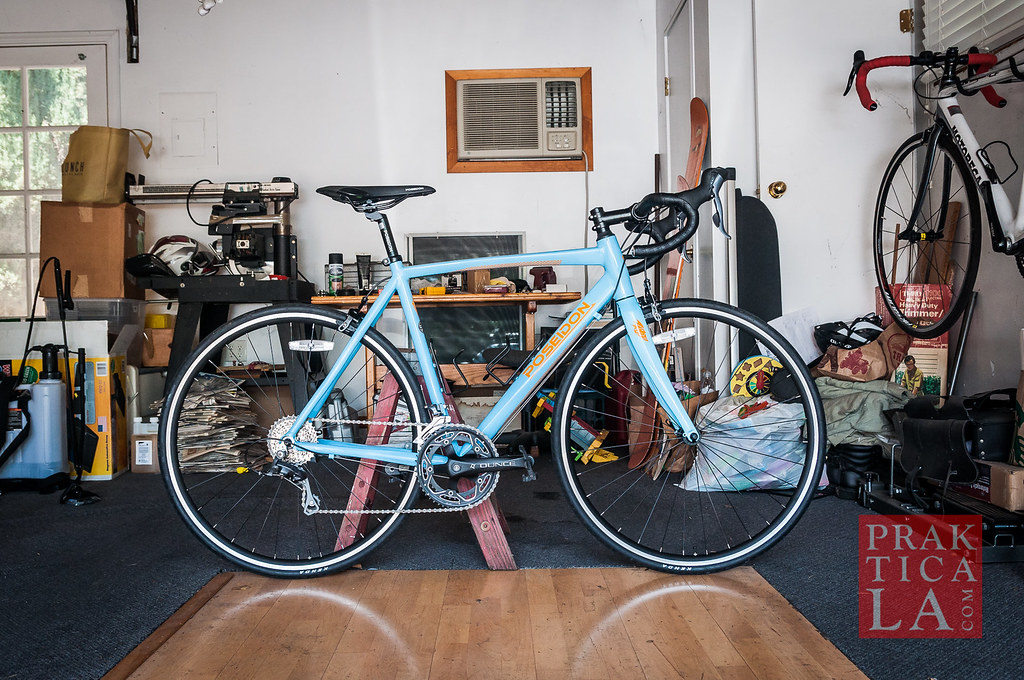 The Poseidon Triton presents a medium between high value and killer design. Although I would personally replace the brakes and saddle ASAP, the Triton is still perfectly serviceable as-is, without upgrades. And while it isn’t comparable to $2,000+ bikes, it can certainly keep up with them if you want it to, at least until you approach pro status. 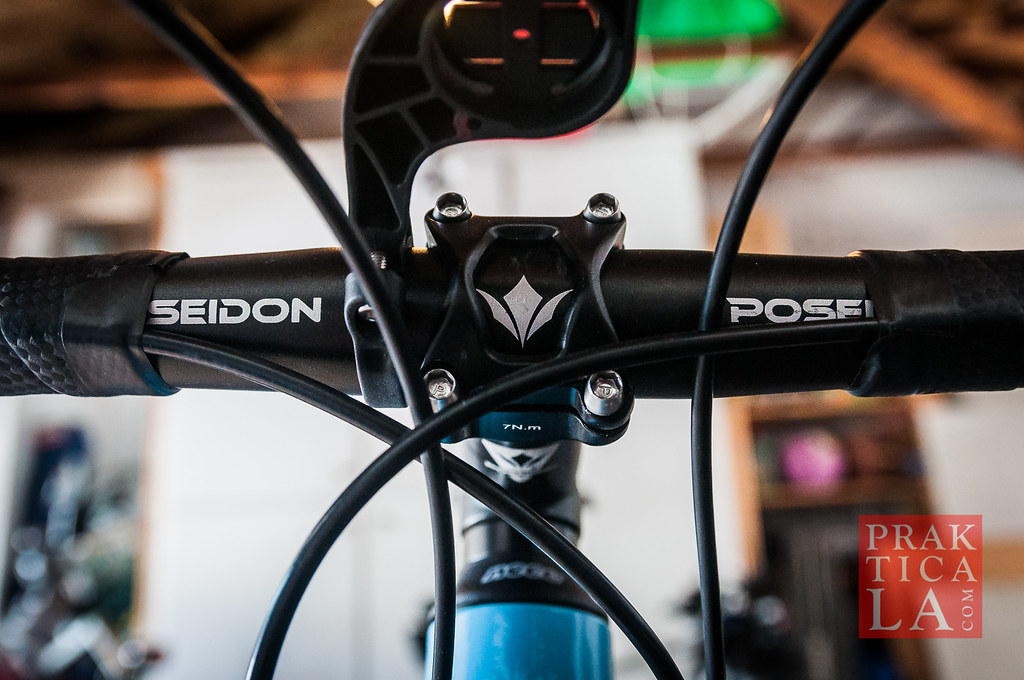 The best part is it looks good enough that onlookers won’t care whether it’s running Claris or 105. They’ll just think you have a pimp-looking bike. Which you do. 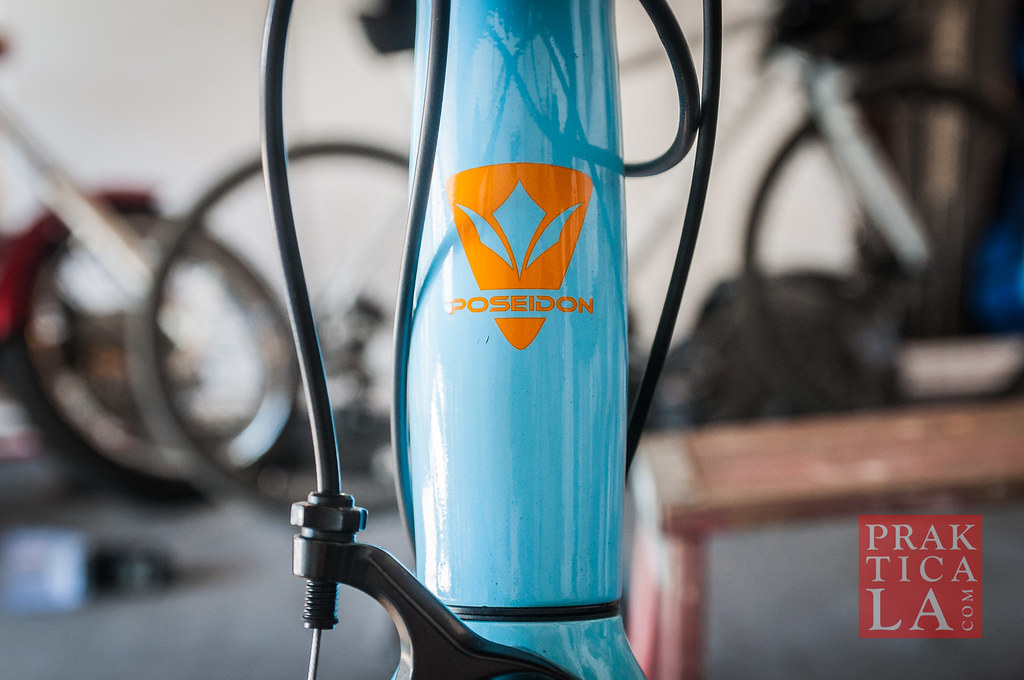 The Poseidon Triton is available in several sizes and colors. You can order it on Amazon by clicking here. Definitely check it out!

Do you ride a Poseidon bike? Let us hear your feedback on our Poseidon Triton review in the comments below!