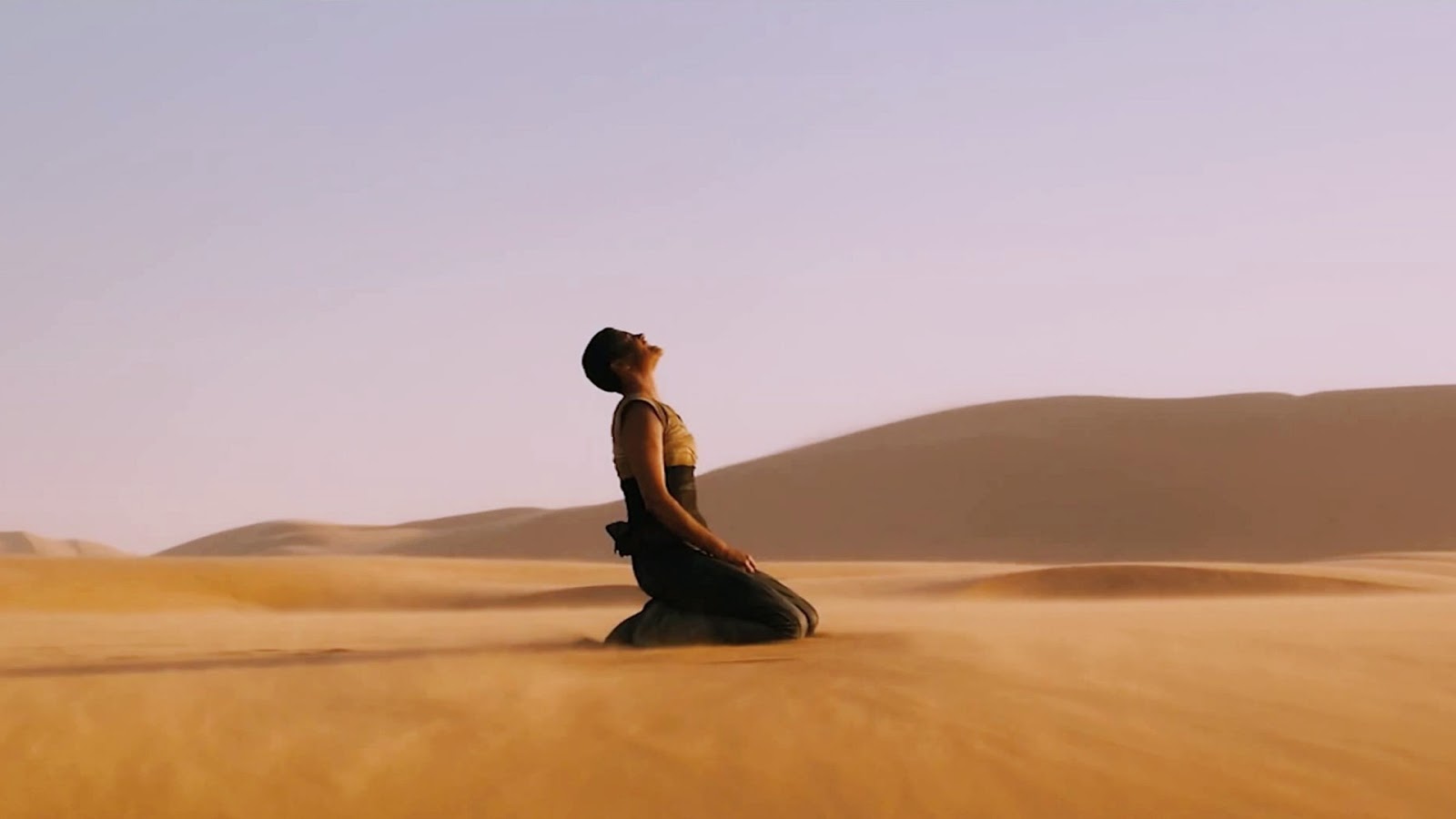 I mentioned in my original review of the film that the characters in FURY ROAD act on the basis of genuine character, not simply from contrived machinations of the script. Everyone has a unique and independent motivation, and the decisions they make reflect those goals in every scene.

On top of that, the characters are dynamic, and change believably over the course of the movie. This is especially rare to see in a fictional story, as opposed to typical Oscar nominee bait which are based on true stories and have real-life characters to model the script after.

Craft at the service of story (not vice versa)

As bombastic as the action is in FURY ROAD, the frenzy never overpowers the story at its core – the audience never loses sight of what is at stake, and why people are doing what they do. The stunts, choreography, visual and sound effects, cinematography, music, editing, and performances all seamlessly lend themselves to furthering the story rather than wrestle attention from the narrative – a common pitfall in high-concept, big-budget action movies (e.g., every superhero movie in recent memory). The fact that director George Miller did this in a film with such frenetic, meticulous action is doubly impressive. And speaking of craft, each department across the board brings their A-game and then some.

Movies like the aforementioned SPOTLIGHT, CAROL, and BRIDGE OF SPIES – or any of the other nominees – are all great films, but there have been many like them before. There will be many more like them in the future. Conversely, each scene in FURY ROAD offers you something you’ve never seen. Pale, deformed mutants driving hot rods across the desert while hooked up intravenously to healthy humans dangling above them as portable transfusions. A raging dust/lightning storm that sucks trucks up into the sky and shatters them in a flaming explosion. A blind, fanged freak in pajamas, leading the cavalry into battle with an wailing guitar solo and a wall of speaker cabinets. Amazing.

At the end of the day, no other movie this year was more engaging and entertaining than FURY ROAD. I was watching Tom McCarthy’s fantastic SPOTLIGHT recently and midway through thought to myself, “Wow, this is a great movie. Is it better than FURY ROAD?” Ultimately I decided no. While SPOTLIGHT is undoubtedly a wonderful film, I don’t know if it will be remembered in ten, twenty, or thirty years. The script was excellent and the performances first-rate, but now that it’s over I can’t recall any one specific scene that stands out in my memory. In FURY ROAD, every scene is memorable. I rewatched it recently and each time a new scene began I would think, “Oh yeah, I love this scene because…” Most movies have one or two truly “money” scenes if they’re lucky. Imagine constructing a movie that is comprised entirely of them. Yep, it’ll look just like FURY ROAD.
Like the original MAD MAX, audiences will watch FURY ROAD in thirty years and think, “This movie still kicks ass.” That’s why it’s the best movie of the year.

MAD MAX: FURY ROAD is out on video. You should get it. It is worth many viewings. It’s on Amazon here.

What is your take on the film? Let us know in the comments!