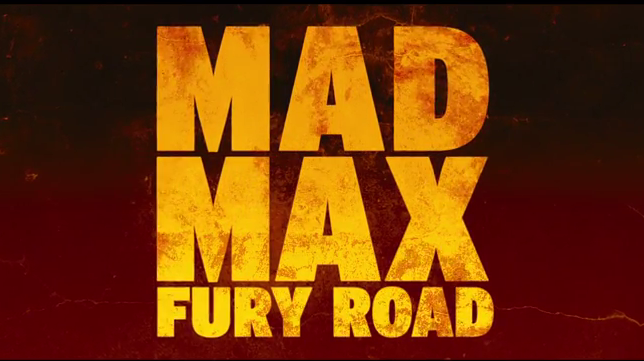 MAD MAX: FURY ROAD is the blueprint for action movies. The characters drive the action and the action drives the characters. They do things for a reason, and they are a product of their circumstances.

There isn’t much plot to speak of, other than the fact that the bad guys are chasing the good guys for nearly all of the film’s running time. FURY ROAD “wastes” literally ten seconds of exposition (in the form of a voiceover) before quickly showing Max munching on a lizard and then kicking off a car chase that doesn’t stop until the end of the movie.

The lack of a complex plot or any background whatsoever makes it even more impressive that director George Miller, who directed the original three MAD MAX films in the 70s and 80s, could create a story that features characters on both sides whom the audience connects, and who are constantly and independently being propelled forward by the plot.

These characters all have unique traits and motivations, and each compels the audience to want to see more of them, including Max (Tom Hardy) a drifter operating mainly off of survival instinct; Furiosa (Charlize Theron), the head crony of wasteland warlord; and Nux (Nicholas Hoult), a mutant weakling brainwashed by a lifetime of twisted ideology but still exhibiting fragments of humanity that he can’t bury completely.

Still, the fun comes from seeing the surfeit of wacky and bizarre side characters that Miller loads every scene with, often without offering any further explanation of who they are or where they came from – other than the fact that they simply exist. Weirdos range from the man-baby with a telescope to the snarling electric guitarist who wails on his flamethrowing axe, morning to night, whilst dangling in his pajamas from a wall of loudspeakers. Miller should get an Oscar just for coming up with this crazy shiz.

Equally as captivating are the nonstop, balls-out stunt work featured in the film. Action movies from the last few years have bulked up on extravagant CGI bonanzas while skimping on real-life stunts (the MISSION IMPOSSIBLE movies are exceptions that come to mind). All the superhero movies within recent memory, simplistically entertaining as they are, always end in a climactic assault of CGI characters smashing their way through CGI environments, swiftly removing any sense of thrill and danger from the scene. Result: boredom.

Practical stunts make the audience feel genuine suspense because the performers actually ARE dangling from a moving car, or catapulting through the air, or crashing trucks into each other. Or doing all three at the same time.

For a movie that is essentially one long car chase, it’s a tribute to Miller’s creativity in how little repetition there is. Each successive set piece in the film showcases something new – complexities are thrown into the action in the form of differing terrain (canyons, hills, deserts, mud flats) and which vehicles (trucks, racers, motorcycles) and weapons (javelins, grenades, guns) are available to the characters at any given time.

Consequently, each sequence of the movie presents unique and authentic challenges to be overcome in some innovative way, without being contrived or forced. Result: unpredictability, suspense, and lots of surprises!

Even so, the scenes are staged and edited in such a way to be frenetic, but never disorienting. The audience always has a clear understanding of where the action is occurring in relation to the characters – something that is extremely difficult to do with action scenes involving car chases.

The movie isn’t perfect. Max plays a rather passive role for the first half of the film, almost as a spectator to the story instead of the driving force behind the plot. He is probably the least interesting character in the movie. However, that gives the “supporting” characters, like Furiosa and Nux, the chance to steal the movie with great scenes of their own (which they do).

Imperfections aside, MAD MAX: FURY ROAD really is a model of great storytelling. Each component of the film, from the music, to the costumes and makeup (incredible by the way), to the cinematography, editing, and visual effects (the movie looks amazing), are at the service of the story. Miller doesn’t go overkill with crappy CGI, faux “edgy” choppy editing, or silly sound cues (for example, action movies often like to arbitrarily add bass “rumbles” to slow-motion scenes for no reason). The violence isn’t even particularly gory (even though it is incredibly effective, note the difference) and there hardly any swearing. Nothing is excessive except the action itself. Everything adds up to an engrossing and hugely entertaining experience. I recommend watching it.

Seen the movie? Let us know your thoughts in the comments!