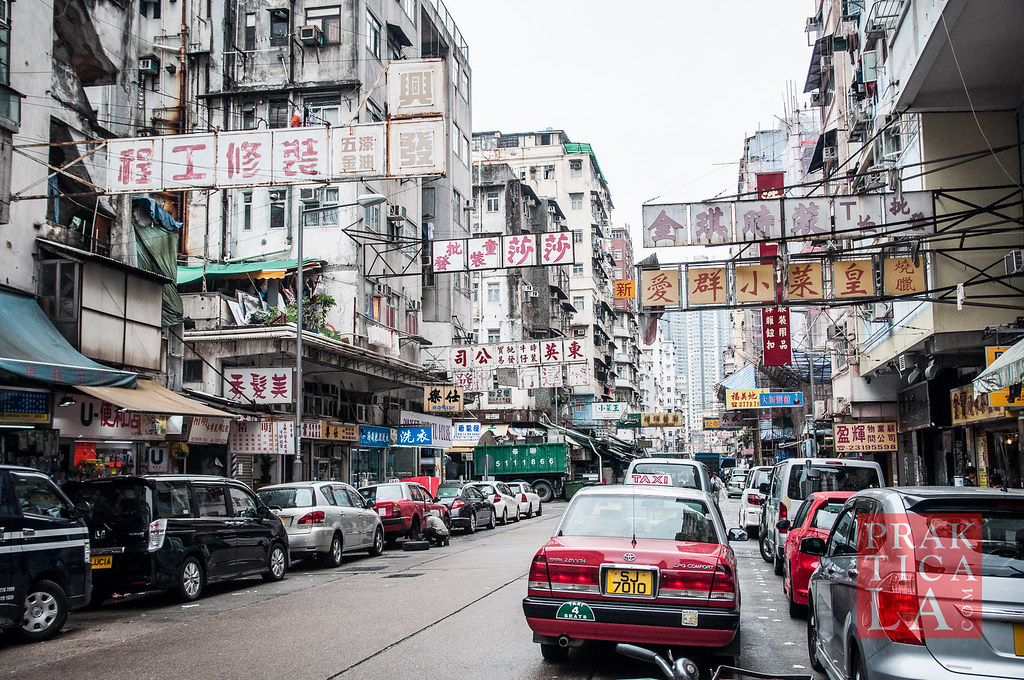 Continuing on our honeymoon adventures: after our layover in Vancouver, our next stop was the always-impressive Hong Kong!

Visiting a foreign country where a) things are cheap and b) food is delicious seemed like the ideal opportunity to eat at our first ever Michelin-starred restaurant – Tim Ho Wan!

Michelin stars are probably the world’s most renowned and prestigious rating scale for restaurants. Even attaining a single star is a gargantuan feat for most establishments – having two or even three puts you in an elite tier of world-class restaurants (three stars being defined as “worth a special journey” to the city/country just to eat at there).

Tim Ho Wan is noted as the cheapest Michelin-starred restaurant in the world – why would we not go???

In fact, they have several locations in Hong Kong and several more around the world, but they don’t all have Michelin stars. We went to one location that did, in Sham Shui Po, which also happened to be near where we were staying.

The storefront (if you can even call it that) is very unassuming, and very easy to miss. We had to ask several pedestrians where it was, and they kept pointing in the same direction and looking at us as if we were crazy for not seeing it. The storefront, it turns out, is basically a corrugated steel garage.

We arrived early because the line supposedly grows incredibly long. Even after getting lost for a bit, we got there almost an hour before they opened, so we only had around 20-30 people ahead of us. (The line would later grow several times longer than this.)

Once the door opened, the line flooded inside, sort of like at Walmart on Black Friday. The restaurant staff immediately began seating everyone, handing out menu “checklists,” pouring tea, etc. It was all extremely efficient, even if it was a little impersonal.

Yoselin and I checked off a bunch of items we wanted to eat and then waited for the food to arrive, which wasn’t long at all.

The dim sum items were as expected – delicious. I wouldn’t say any of the food was life-changing (or at least, not any more than dim sum normally is). The food was fantastic, but I was a little curious about exactly where this Michelin star was stashed since there are plenty of other great dim sum places in Hong Kong.

Then THE REASON arrived – the pork buns. Oh my gosh.

Tim Ho Wan makes their pork buns very unlike any other restaurant. Usually, pork buns are white, fluffy, doughy, and awesome. Tim Ho Wan’s pork buns, on the other hand, seemed to have been deep fried in unicorn tears over a stove powered by racing fuel. OK, to be honest I don’t know exactly what they did differently because I was too busy stuffing my face to pay much attention. But their pork buns are brown and slightly crispy on the outside. They are stupendously delicious, that’s all I’ll say.

We had to place another order for more.

The whole experience was over pretty quickly. They were definitely efficient at getting people in and out of there. We ate until we were full and the bill came out to the equivalent of about 30 USD. That’s about how much dim sum costs me here in the San Fernando Valley. Not bad.

Later we went to The Peak and walked around. It was misty and humid. There was a McDonald’s at the top of the mountain; I got a green tea McFlurry to keep myself alive.

If you visit Hong Kong, definitely hit up Tim Ho Wan for those infernal pork buns. The taste will never leave your brain.

Any other good eats in Hong Kong? Leave your tips in the comments and maybe next time we’ll try it!

EDIT: See the next part of our trip, to Macau, here, or the final leg of our honeymoon, to Taipei, here.