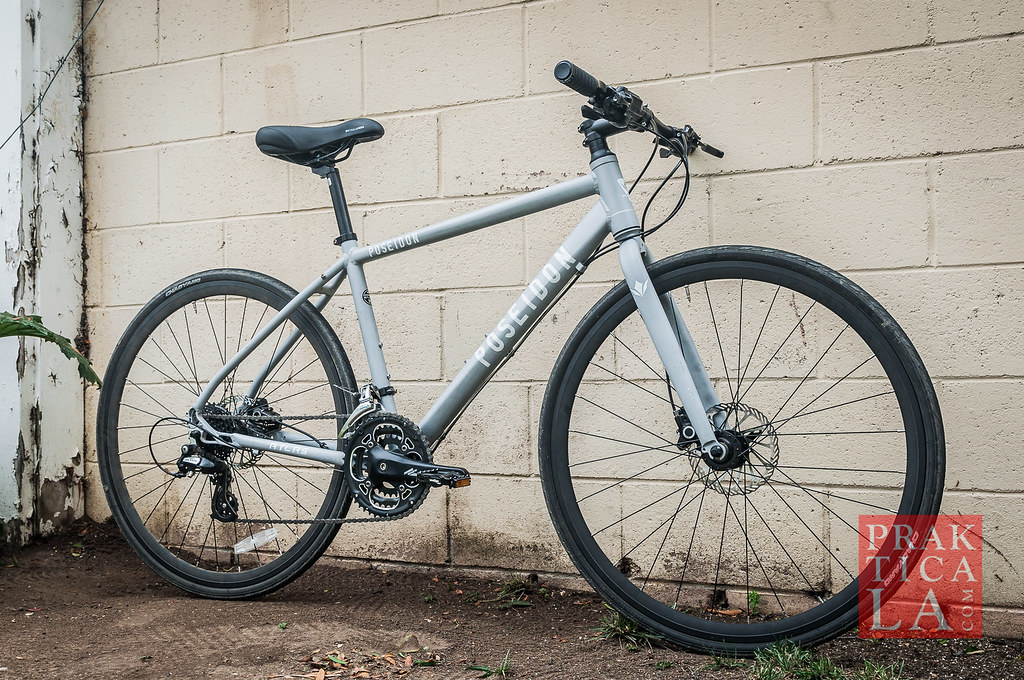 Now that summer is kicking into full gear, I’ve been logging more miles on the bike. In addition to the Poseidon Triton review I posted recently, I also have a new Poseidon Atlas review for you too!

While I’ve been strictly road biking for the last few years, Poseidon hooked me up with their hybrid bike, the Atlas, to take for a spin.

The Atlas offers a totally different, but fun new experience. Check out our Poseidon Atlas review below! 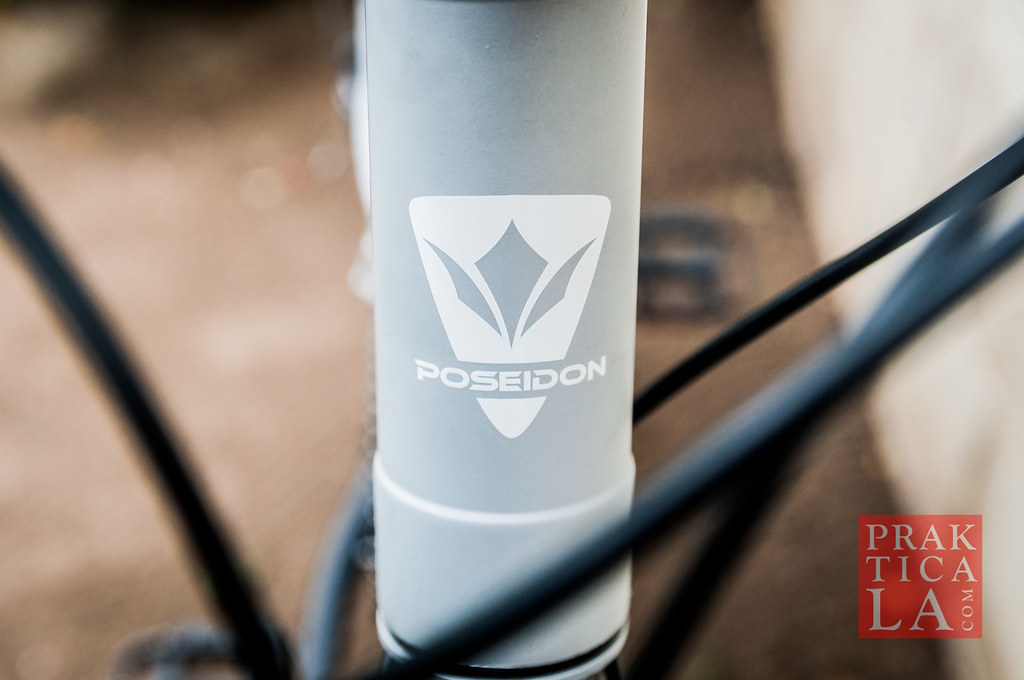 I’ve already written about Poseidon before, so I won’t get too redundant here. They’re Socal-based and produce affordable, quality bikes (“enthusiast-level,” as I would put it). Way better than department store bikes, but not spec’d out to pro level, either. Just enough to get you rolling and have fun (because crappy bikes are NOT fun to ride).

As an added bonus, they don’t cost an arm and a leg either.

I reviewed the Poseidon Bike 4.0 here. I also reviewed their new and improved Triton here.

The Atlas is a hybrid bike, for riders who might spend more of their saddle time commuting, or on the occasional dirt path, rather than racking up miles solely on pavement. 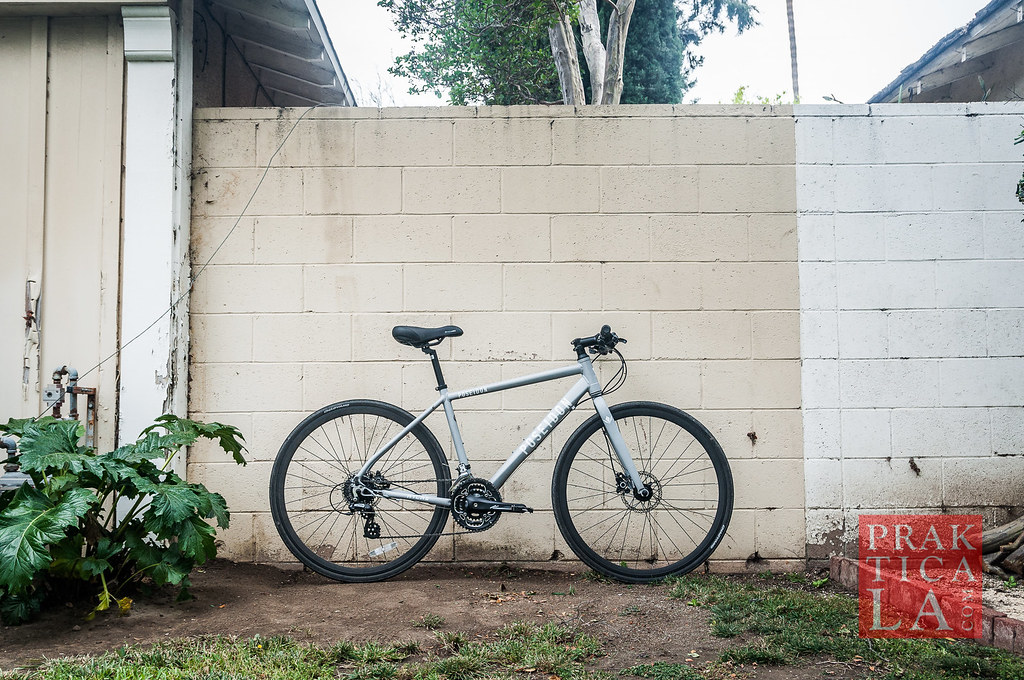 As a hybrid bike, the Poseidon Atlas is a cross between a road bike and a mountain bike. Like a road bike, it rolls on 700c wheels for less resistance and a faster, smoother ride.

However, it shares several characteristics with mountain bikes: wider tires, disc brakes, lower gearing, and flat bars instead of drop bars. This results in a comfortable ride, meant to handle harsher terrain with more ease than a road bike. 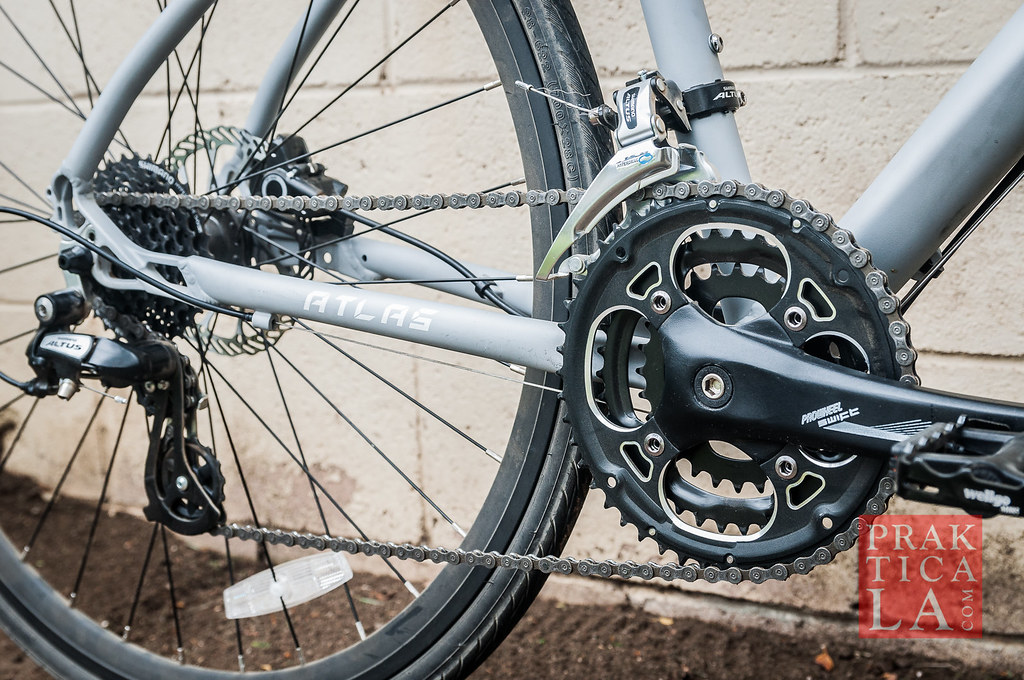 The frame and fork are both constructed from aluminum. For the groupset, the Atlas uses Altus, Shimano’s entry-level MTB components. These control a 48/38/28T triple chainring in the front and a 11-32T cassette in the rear. 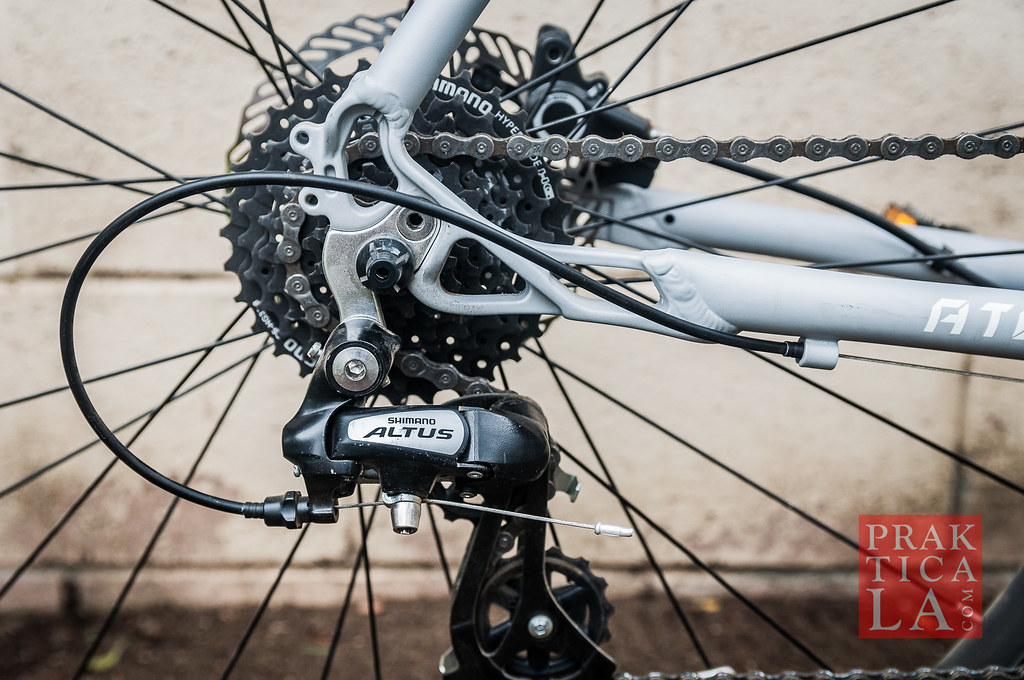 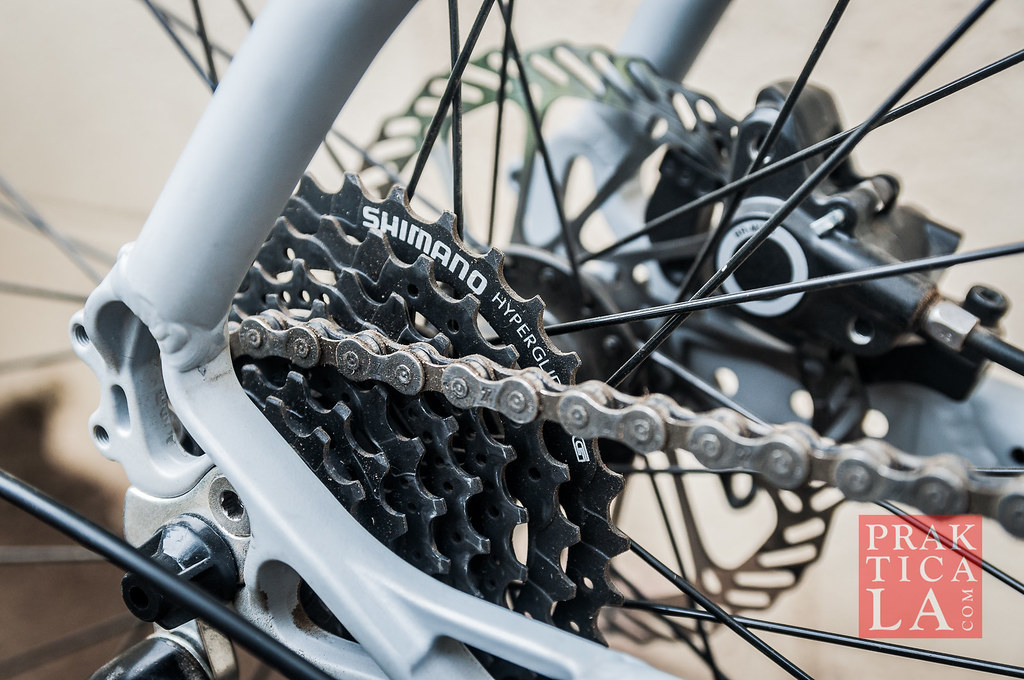 While probably not as robust as some MTB groupsets, this still gives you plenty of gears, especially on the low end, for ascending most hills. 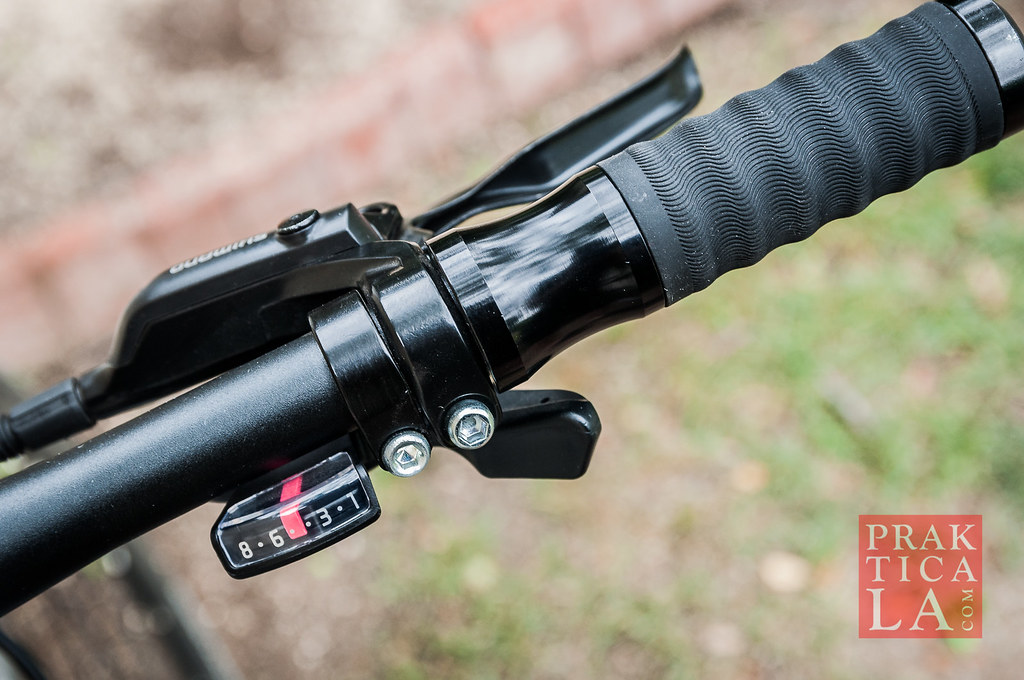 Changing gears is straightforward, although I spent 95% of the time in the middle ring. Even though Altus is on the lowest level of Shimano’s MTB heirarchy, it worked just fine as far for me. I’m assuming that higher-end components will have more gears and smoother shifting. 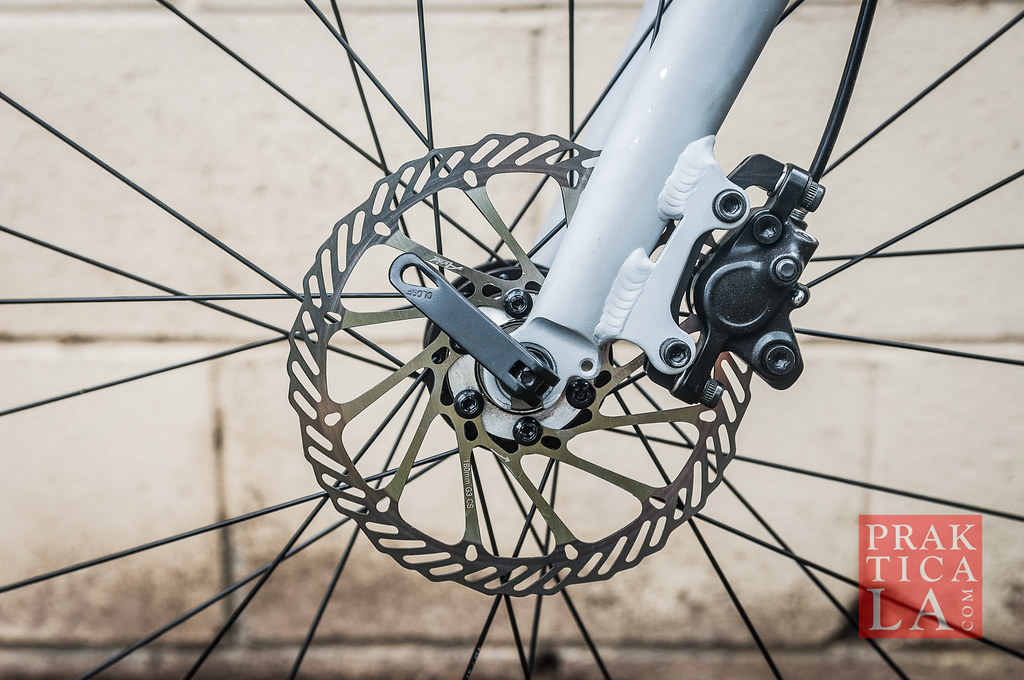 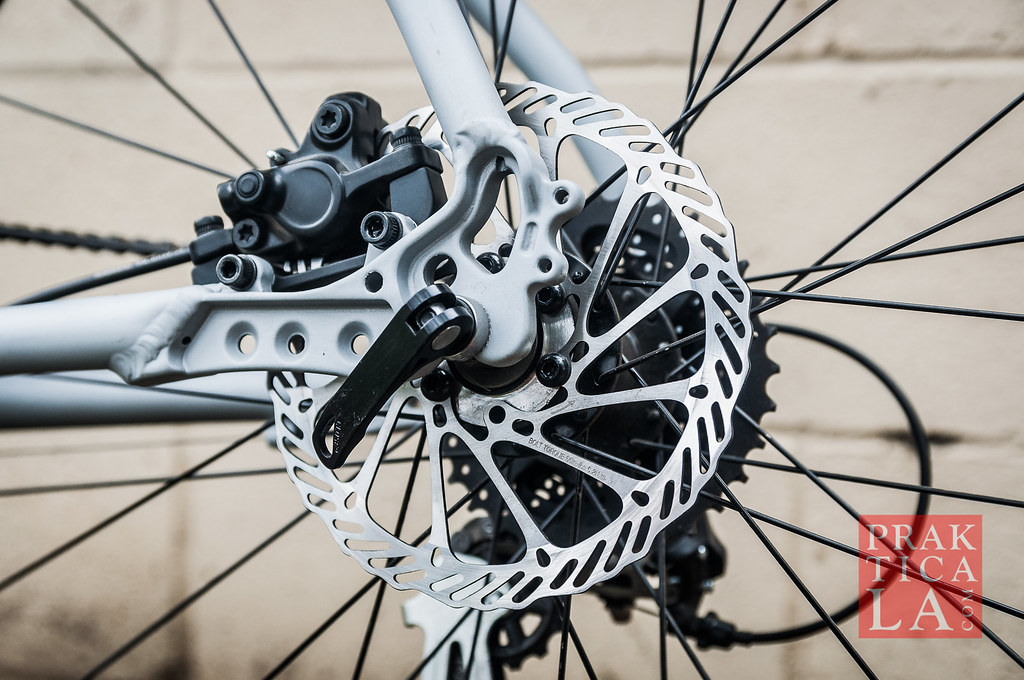 Both front and rear wheels feature disc brakes, which are much more powerful than the rim brakes usually found on road bikes. Definitely another plus when encountering pedestrians or obstacles you normally wouldn’t when on pavement.

According to Poseidon, the Atlas weights around 26 pounds – heavier than most road bikes, but not a behemoth by any means. 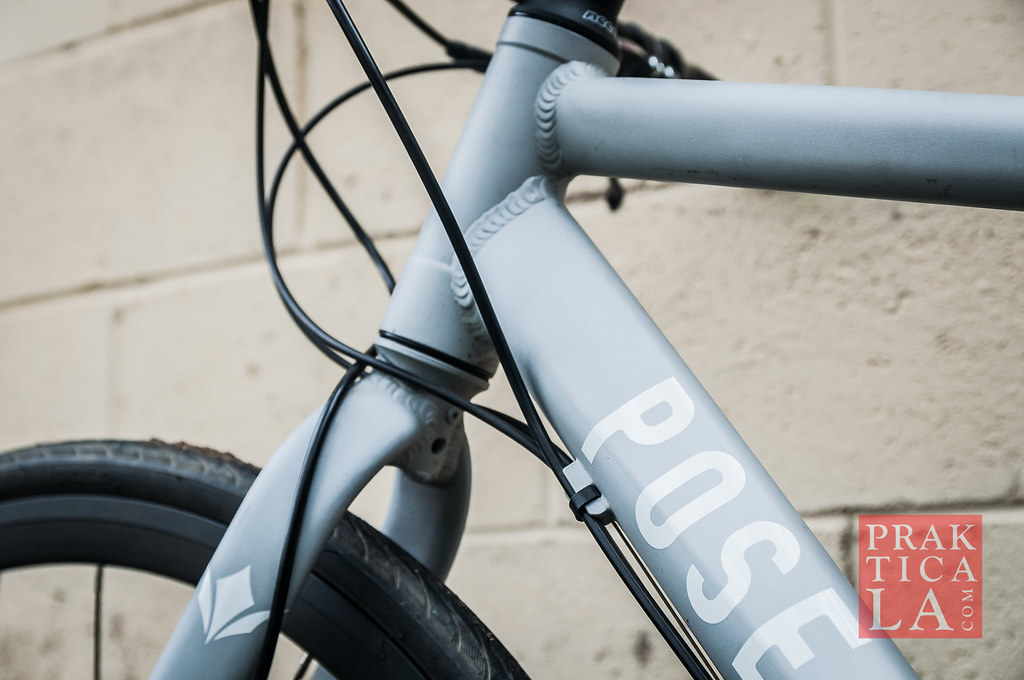 For someone accustomed to road biking, exploring on a hybrid bike is really exciting. A more forgiving upright geometry makes a huge difference when traversing unpaved surfaces. I was able to stand up on the pedals and negotiate the bumps and corners easily. 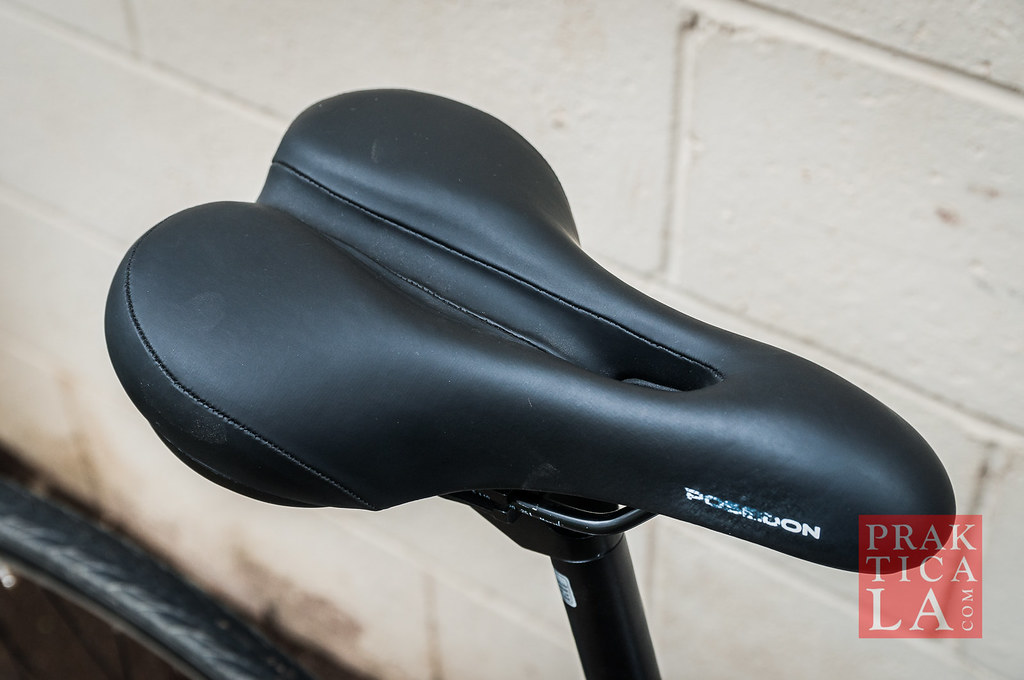 The saddle on the Atlas is wide and cushy, and therefore more comfortable than a road bike’s, at least for short rides. However, that easygoing feel provided by both the large saddle and flat handlebars grows tiring as the miles add up. On longer rides, a road bike’s multiple-position drop bars and lower-profile saddle offer better relief.

Still, the Atlas performs well on pavement, with a smooth ride much like a road bike’s. On dirt, the Atlas fared valiantly as well – I had a blast venturing off-road and onto some local dirt and gravel paths. The upright position, stronger brakes, and wider tires gave me a lot more confidence to explore areas that wouldn’t have been accessible via road bike. I ended up foraying onto hidden paths in my own neighborhood I never even knew about! 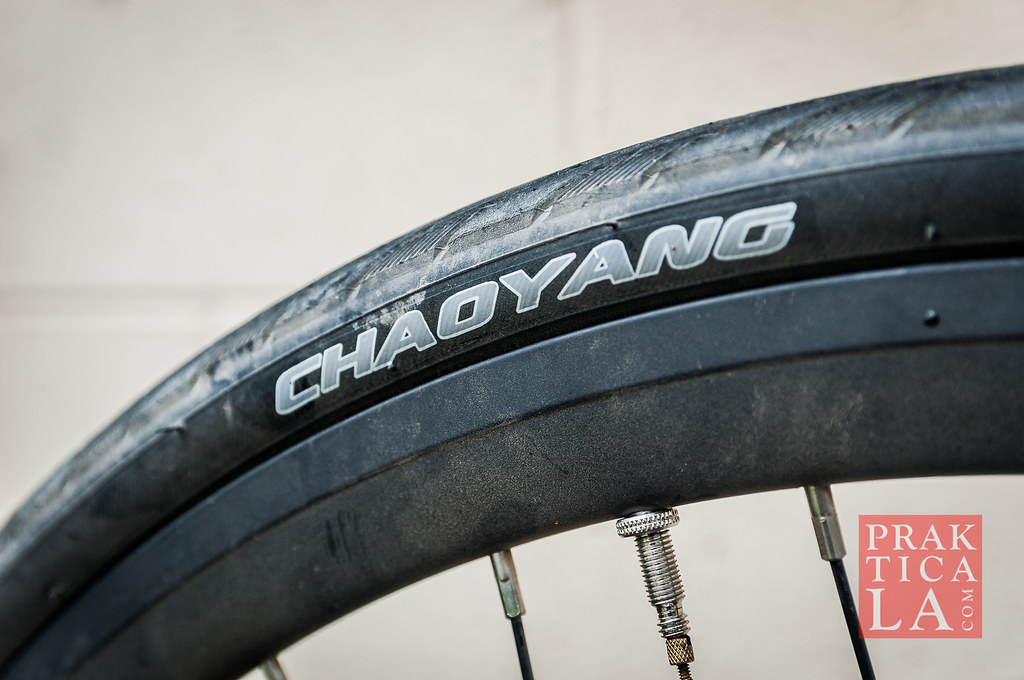 Thankfully, there is a ton of clearance for wider tires (Poseidon claims up to 45mm) if you want to go that route. 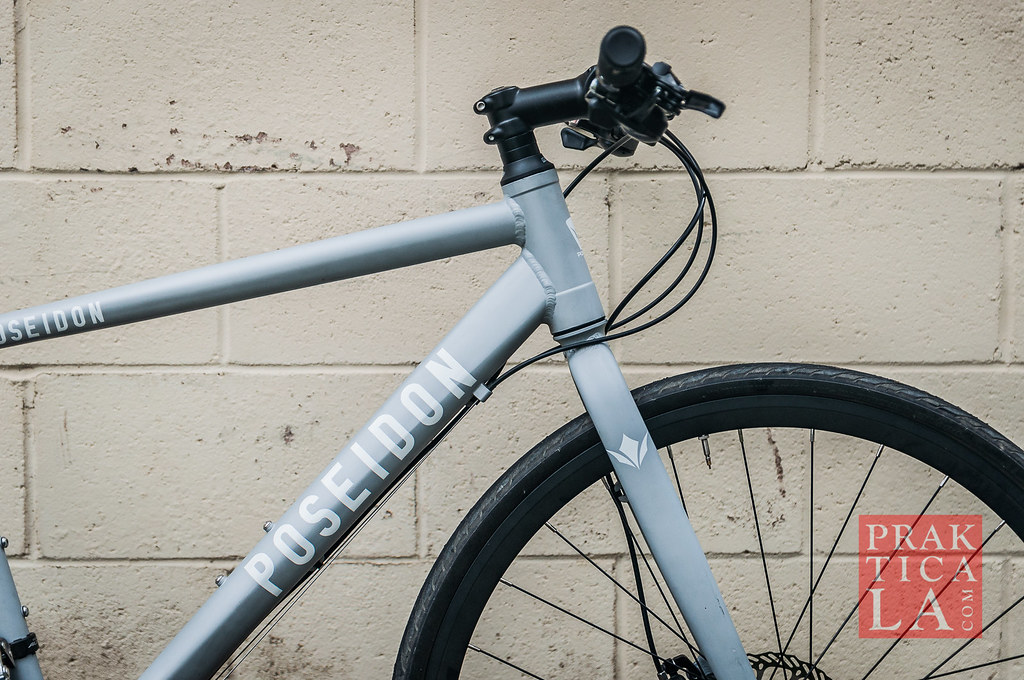 CONS: Uncomfortable on longer rides. Not suited for more aggressive dirt riding (at least not as it comes stock).

As a hybrid, the Atlas occupies a strange space between road and mountain bikes. They aren’t designed for long distances or time trials like road bikes, but aren’t hardy enough to compete with full MTBs on rough terrain.

While the Atlas lacks the suspension and aggressive tires you’d expect on a mountain bike, it is still rugged enough to keep you entertained with mild trail riding. Besides, you can always swap in some chunkier tires if you plan to spend more time in the dirt. (I would.)

The Atlas works best as a mixed-use commuter/adventure bike. If you’re not planning on grinding 20-30+ miles at a time on the road, the Atlas might be just right for you. It’s perfect for riding across town, or taking on a weekend excursion around the park.

You can purchase the Poseidon Atlas hybrid bike on Amazon here. 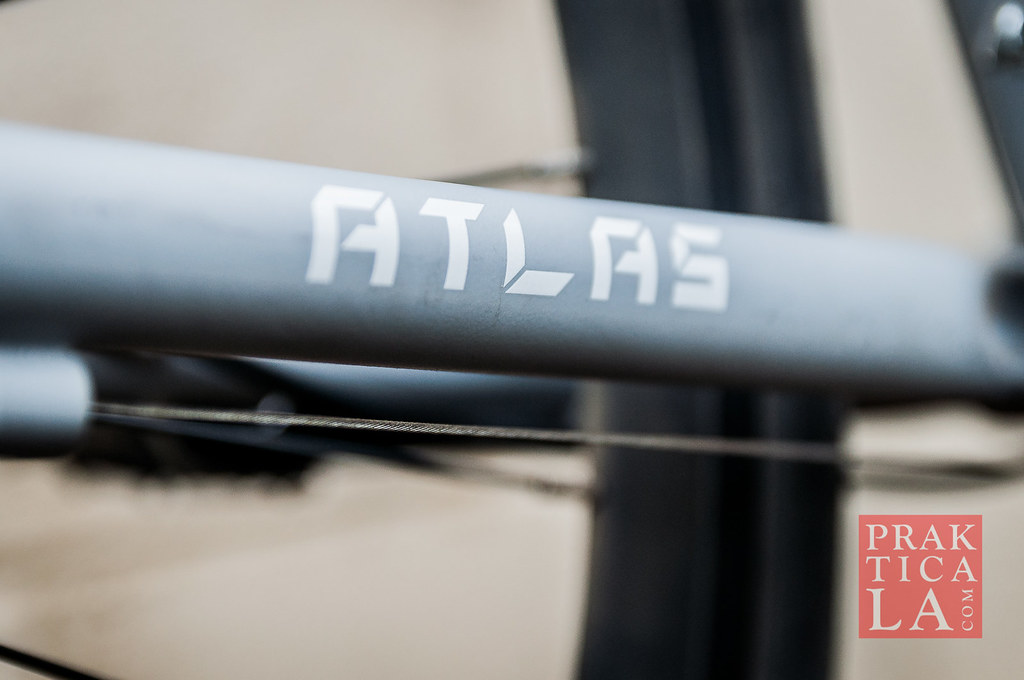 Any questions or comments about our Poseidon Atlas review? We’d love to hear your experience with the Atlas too. Leave us a comment below!