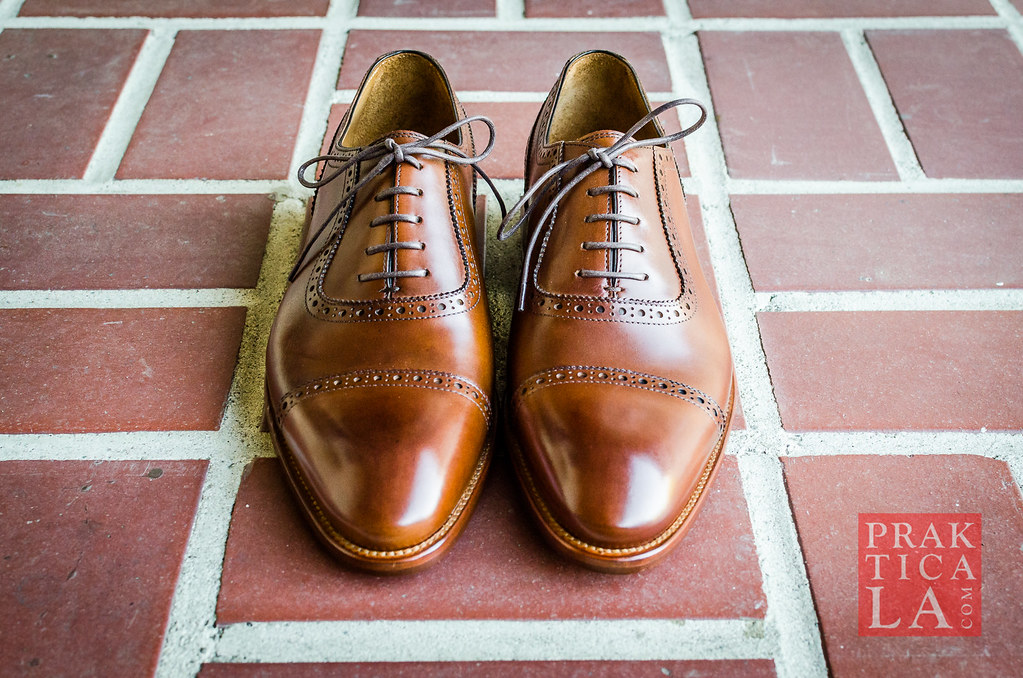 Beckett Simonon has grown quickly over the last few months.  There were only a couple of shoes on their website when I first bought the Caine oxfords for my wedding a few years ago. Since then, they’ve added several new products, including loafers, brogues, sneakers, bomber jackets, and backpacks. 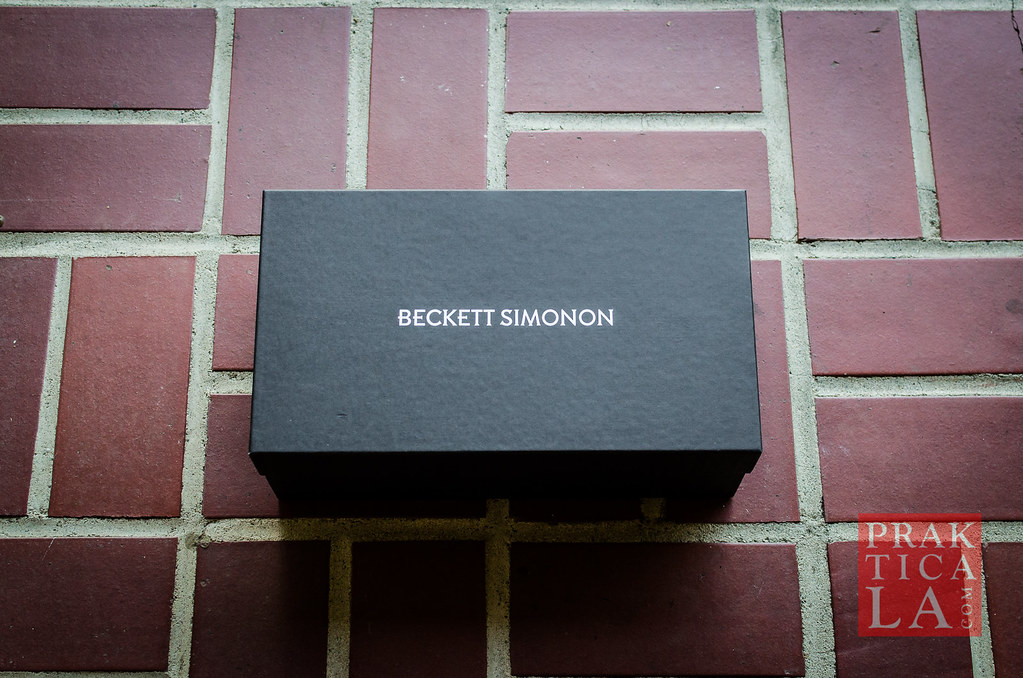 My Caine oxfords came with a cool little shoe horn. I always thought that was a cool bonus. Sadly, the shoe horn vanished from subsequent shoe releases, which I lamented each time I reviewed them. 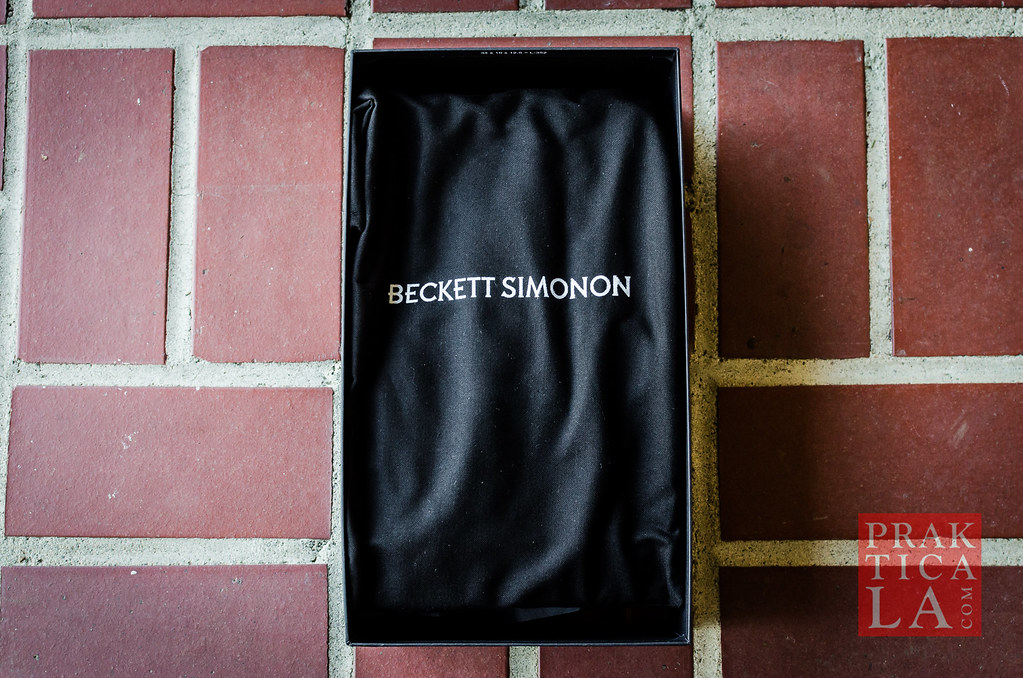 Good news – the shoe horn is back! Just in time too (I snapped my old one in half) –  this time in black. Someone must have read my suggestions. 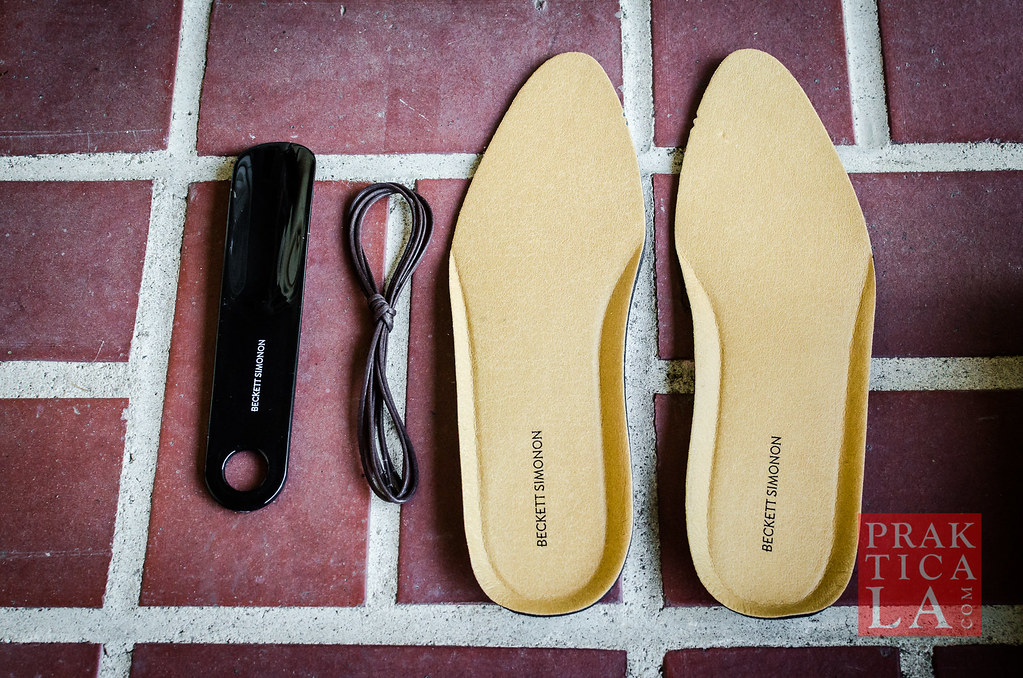 The shoes also come with dust bags (nice material), optional foam inserts, and an extra set of laces. Unlike last year’s premium oxfords, the Durant brogues do not include rubber sole protectors.

The Durant brogues are definitely the best looking shoes Beckett Simonon has released yet. The last is sleek, yet masculine – like me! (Just kidding.) While I still like all the previous designs, they look a kind of clunky compared to the Durant’s more modern shape. 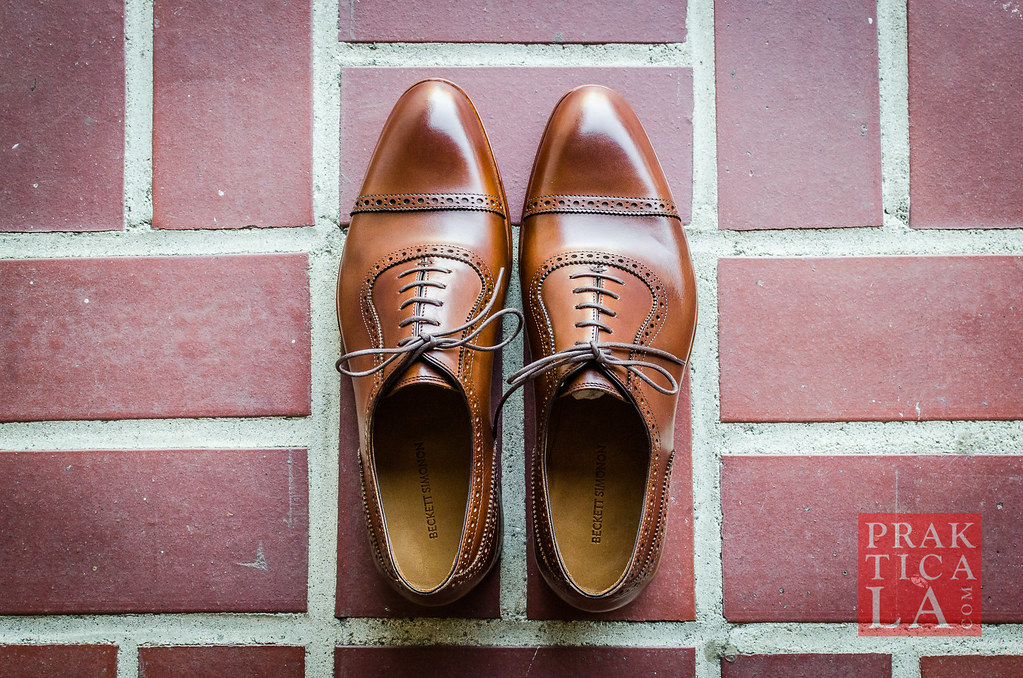 The calfskin leather looks better than anything they’ve used so far. I’ve harped on about the importance of wearing shoes made from full-grain leather in the past and won’t get into further detail here, but this is an instance where you can see the difference. 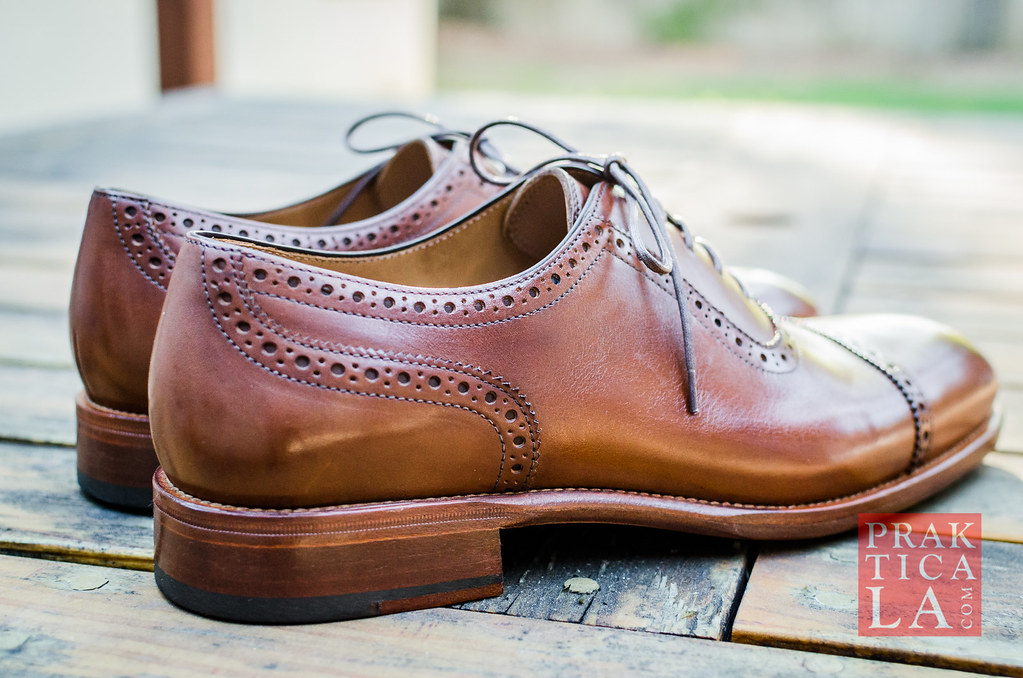 Beckett Simonon have finally gotten their finishing details on par with the big boys – good burnishing on the leather and fine attention to smaller touches, like the solid stitching and quarter broguing. This is a big improvement over the Caine oxfords (middling paint work), the Cohen loafers (so-so burnishing) and the premium brogues (leftover rubber flashing). 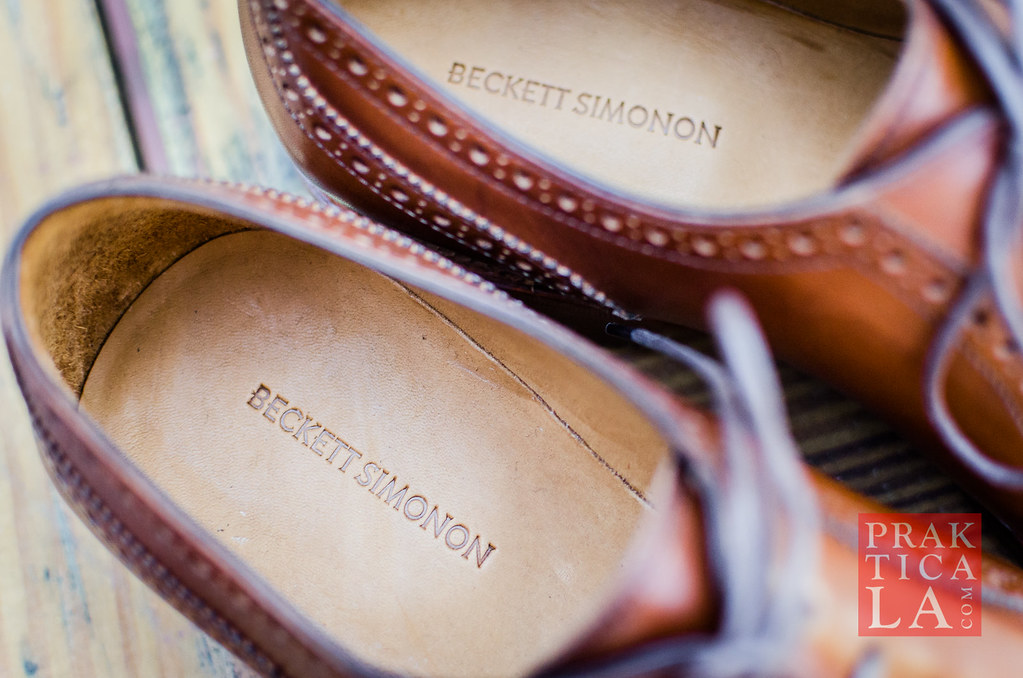 While the previous shoes were made in Colombia, the Durant brogues are “handcrafted in Portugal under ethical and fair working conditions” as per the stamp on the outsole. 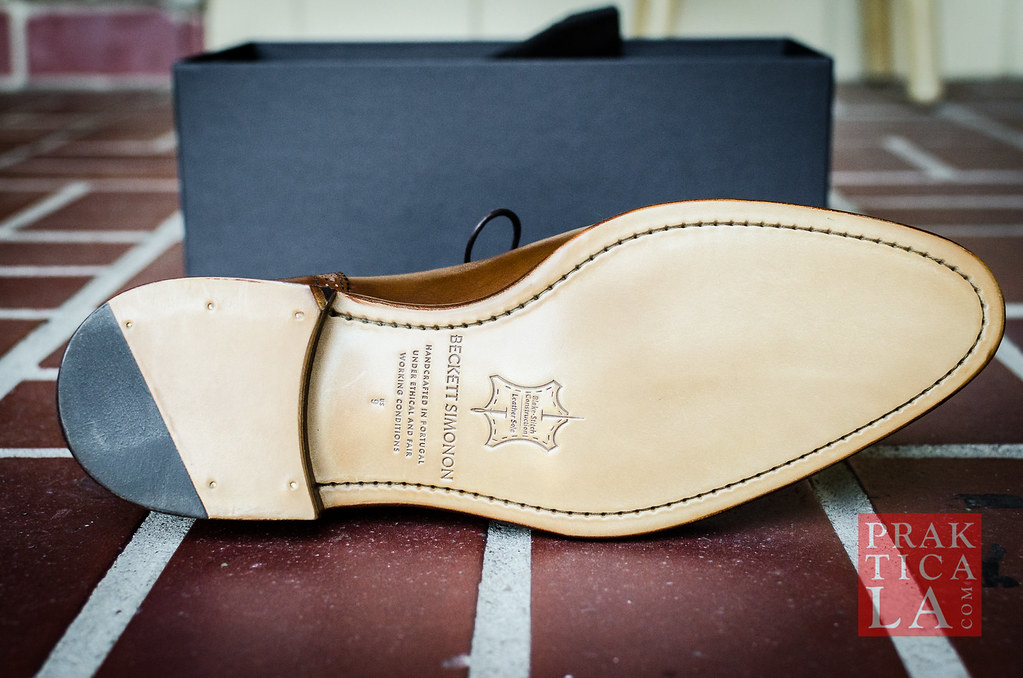 Beckett Simonon uses Blake-stitching for the Durant, just as it has for all of their other shoes, other than the originals, which were Goodyear welted. I have a personal preference for Goodyear welts, but on all their other shoes the Blake stitch has held up quite well. Indeed, the overall construction of the Durant is appears to be excellent.

Sizing has been consistent over the last few releases. I typically wear size 9 US for dress shoes and these were true to size. 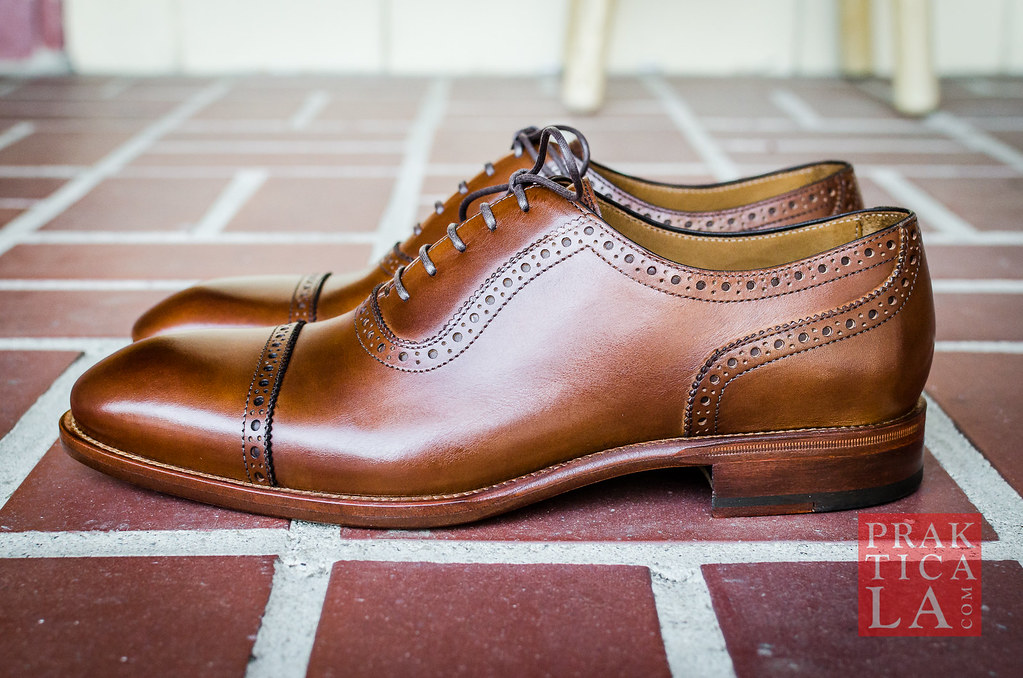 After initially trying on the Durant brogues, I noticed they felt a little stiff in comparison to the premium brogues from last year. Those were super comfortable, right out of the box.

However, I wore the Durant brogues for a full day and my feet started to hurt. Because of this, I decided to do longer-term field testing before reviewing them, to see if they just needed to be broken in.

After several weeks of wear, I’ve noted two things. First, the Durant still looks amazing – they haven’t been blemished yet by cracks or creasing in the leather. Second, they’ve broken in considerably but are still nowhere near as comfortable as the premium oxfords. 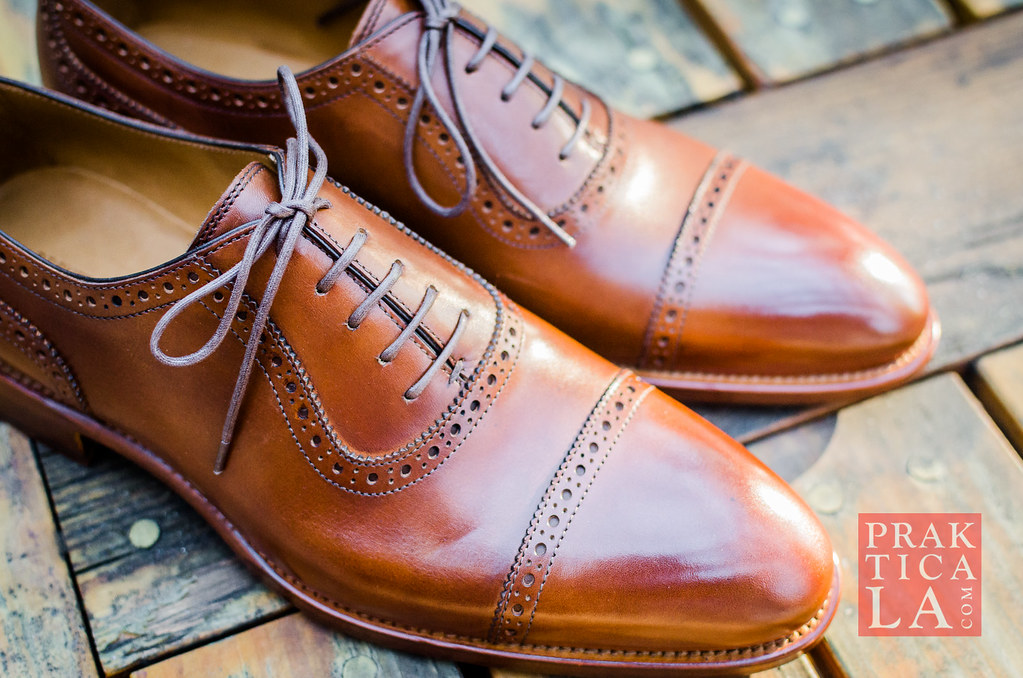 I’ve concluded the leather used in last year’s premium oxfords, which I noted at the time as seeming “thinner” than before, is extremely soft and comfortable, but also shows wear more readily. They were beginning to crease while the Durant’s leather still looks impeccable after the same amount of use.

It’s a trade-off I suppose. I’m hoping the Durant will break in even more since I really like how they look. 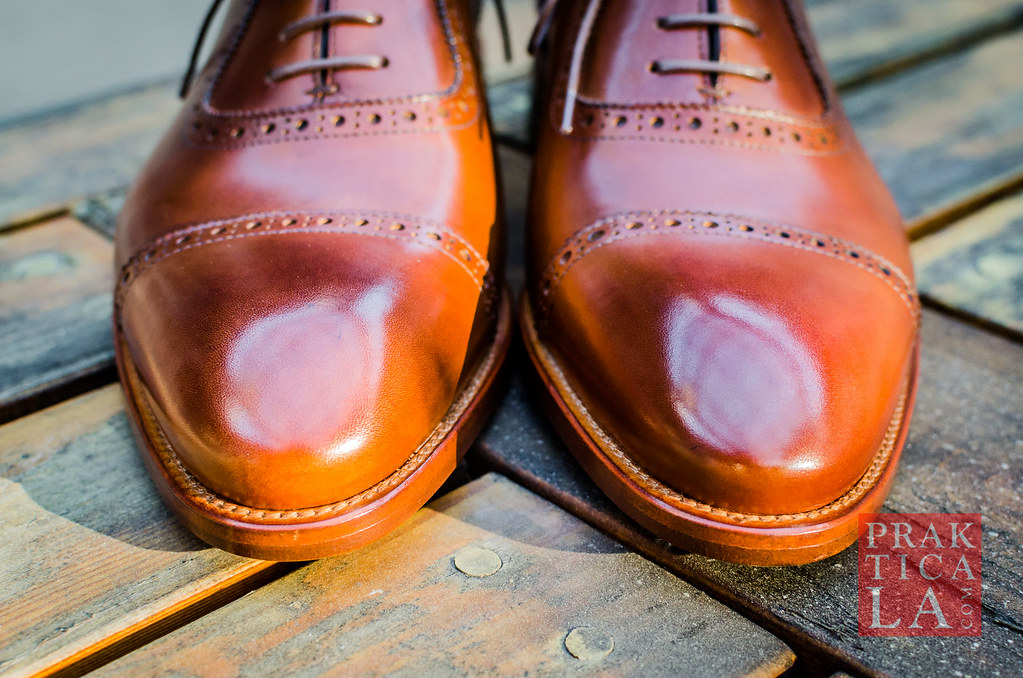 PROS: Best looking shoes so far from the company. Aesthetic quality is now on par with the higher-priced brands it competes with. Free shipping and returns.

CONS: Not as comfortable as last year’s premium oxfords. Products are available on a rotational basis. Prices, while still competitive, are slowly creeping higher. 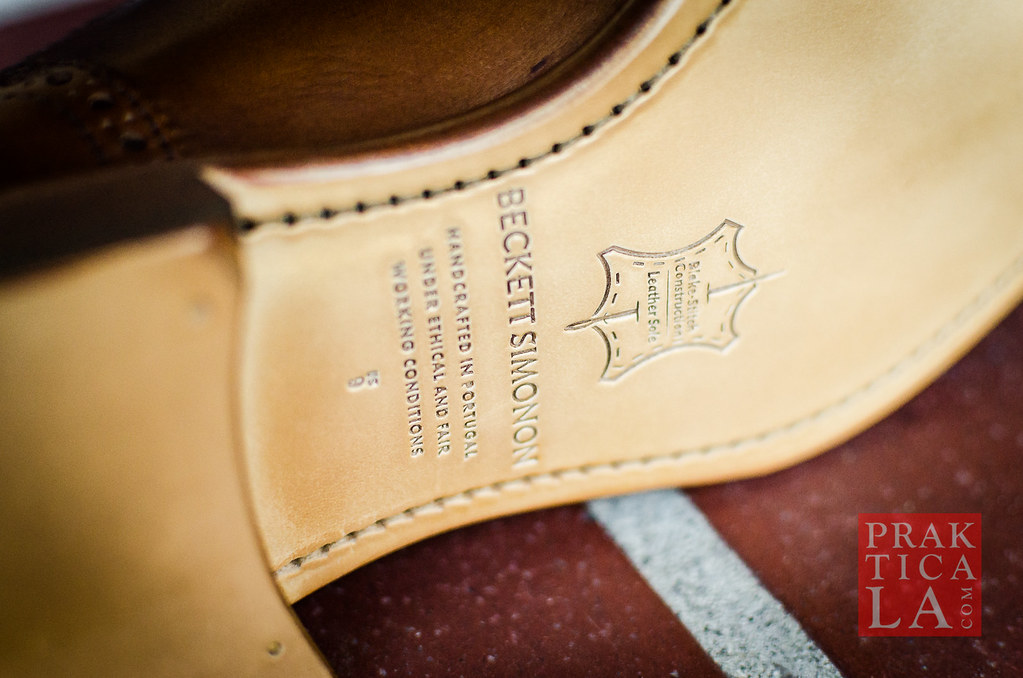 It’s great to see Beckett Simonon establishing themselves on the high-end playing field with a growing line of shoes and accessories. Not every product is always available since they are released through “limited run” campaigns, but they now have enough variety that you’ll almost always find something you like.

With free shipping and returns and continuously improving quality, Beckett Simonon’s shoes remain a great value for the price.

You can view the Durant brogues campaign here. To see the currently available campaigns, click here. 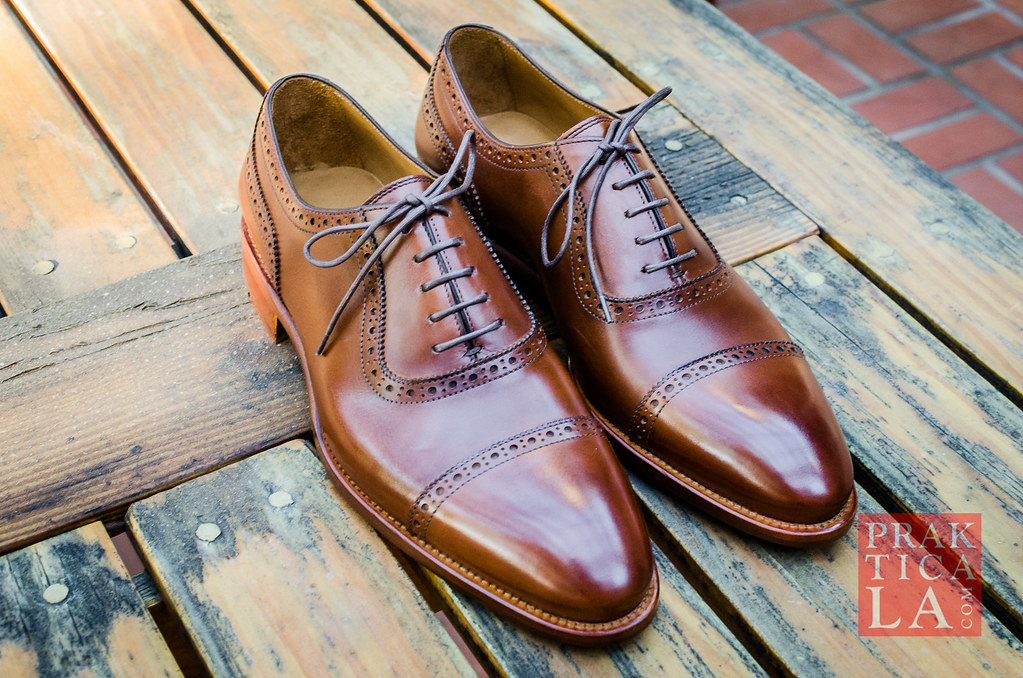 What do you think of Beckett Simonon’s new shoes? Leave a comment below!