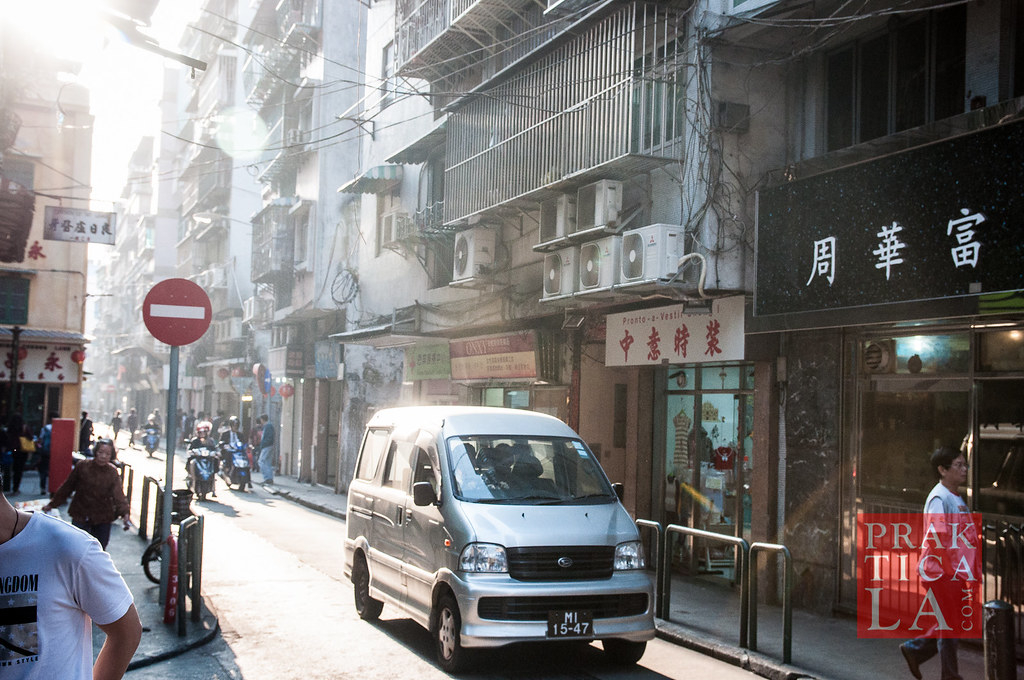 Continuing our series of way-to-short visits to awesome places – the next stop on our trip was Macau!

(By the way, Air Canada sucks big time – the absolute worst. More on this soon!)

Keep reading to see how Yoselin from 6 Mono Media and I spent our one day in Macau!

We hopped on a ferry from Hong Kong to Macau to spend a day in this fascinating city. Like Hong Kong, Macau is a special administrative region of China that operates with a high level of autonomy. Up until 1999 it was considered a Portuguese colony. As such, Portuguese influence can be observed in the architecture, food, and culture.

Check out the ruins of St. Paul’s – only the front facade of this 16th century church is still standing. 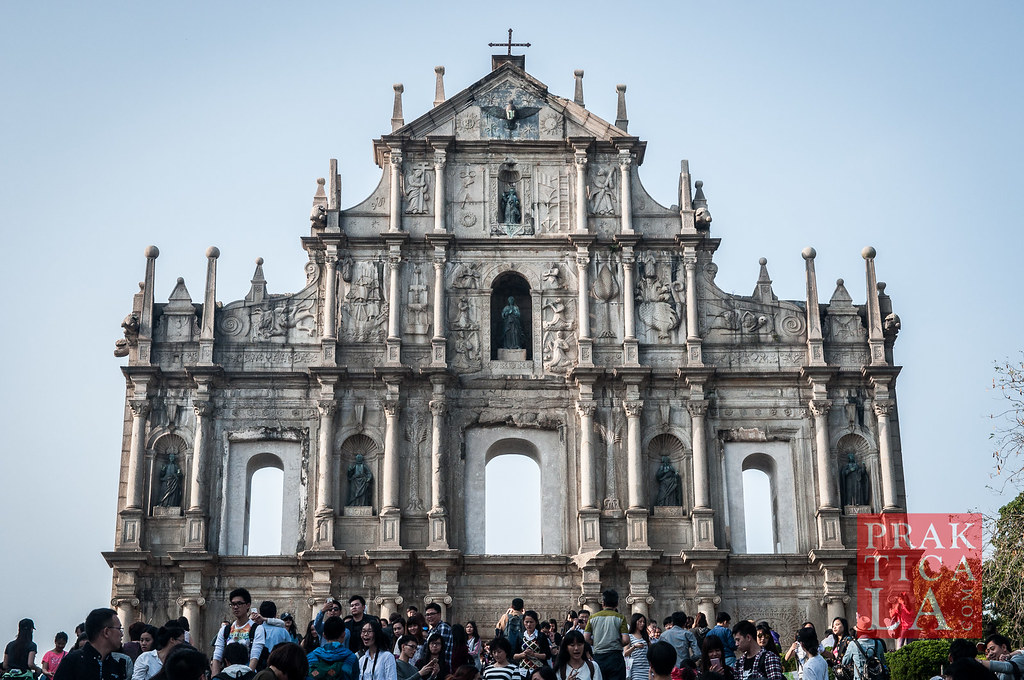 The main attraction of Macau these days, however, is the world-famous gambling district, the largest in the world. There are two major strips and they both make Las Vegas look like a ball pit at McDonald’s.

The two strips are separated by a long bridge; one strip, “New Macau,” is home to the big headliner casinos, like the Venetian (the largest casino in the world) and the Four Seasons. The other side, in “Old Macau” houses the older casinos originally built in the city, as well as a bevy of new casinos like the Wynn and the MGM Grand. Both are sides are crazy luxurious and opulent. Macau is one of the richest regions of the world.

We stayed the the Hotel Royal Macau, one of the older hotels in the city. It was very nice. We asked the front desk to recommend a good dinner spot, and not only did they advise us, they also called up a few restaurants to see who had openings, then made the reservations for us!

(I understand that for rich people, this is probably nothing new, but for me and Yoselin it was our first time experiencing this level of service.)

The restaurant we went to was Sky 21, a rooftop lounge with good music, drinks and lamb skewers. It also had an amazing view of the city. 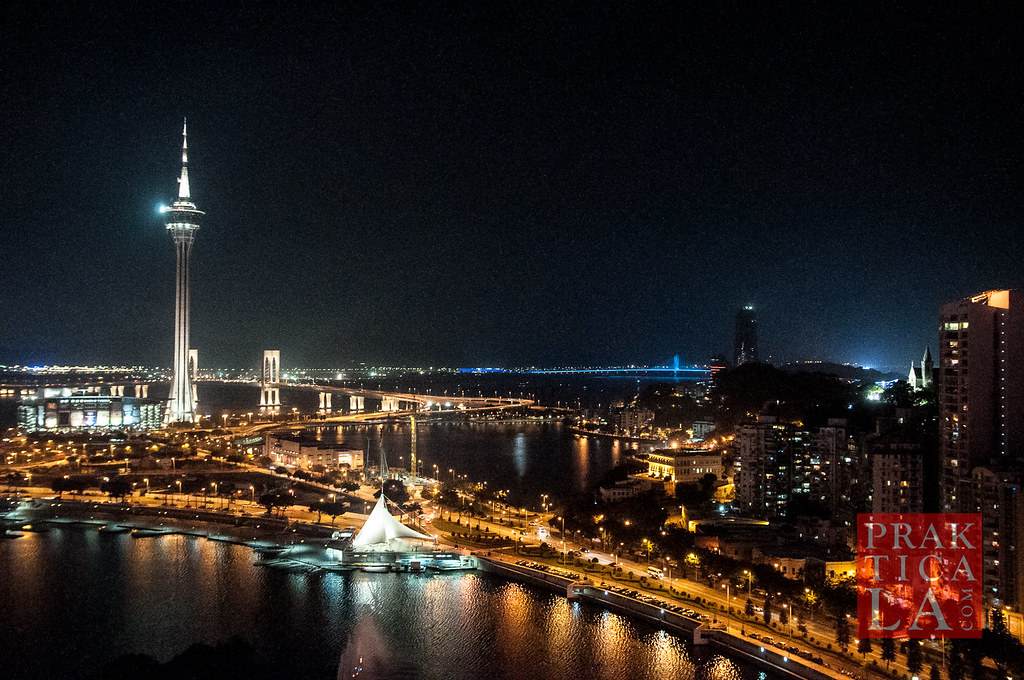 Next we went to the Venetian. It was enormous, much like the one in Las Vegas, only way bigger and more labyrinthine and luxurious. Many people were playing baccarat, which seemed to be the game of choice here. At first glance the odds appeared to be 50/50 and I was tempted to play, but after further calculating the odds in my head, the house came out on top (surprise) and I reconsidered. Also, Yoselin was grumpy.

She started complaining about her aching feet because she was walking around heels, which she never does. (She should have packed those Clarks I got her.) Being the dutiful husband I am, I took her to the shopping area, which spanned across both the Venetian and the nearby Four Seasons, interconnected underground. 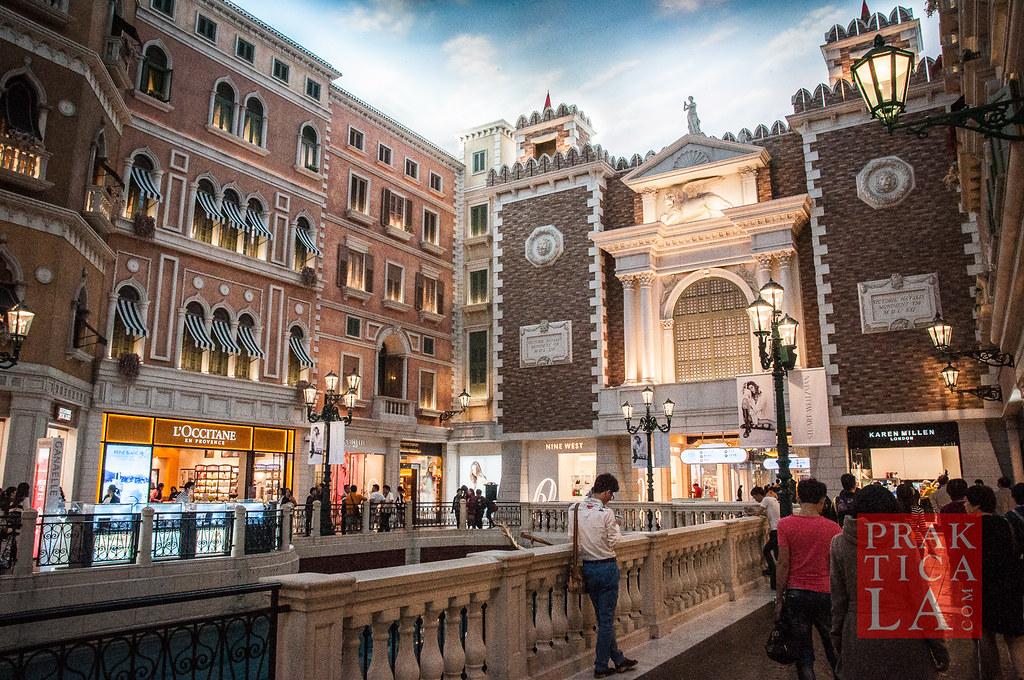 The stores here were crazy high-end. Rich people come here from all over the world to spend their wealth. Eventually I got her some boots on “sale” at Kurt Geiger. Even though they were also heels, Yoselin amazingly and conveniently found them to be “super comfortable.” Gosh, in that case I just might have to do a review of them here later.

The next day we just did some leisurely exploring of the city before taking the ferry back to Hong Kong.

Any other suggestions on how to spend one day in Macau? Leave a comment below!

EDIT: Check out the rest of our honeymoon, in Taiwan, here.

Did I mention that Air Canada sucks?