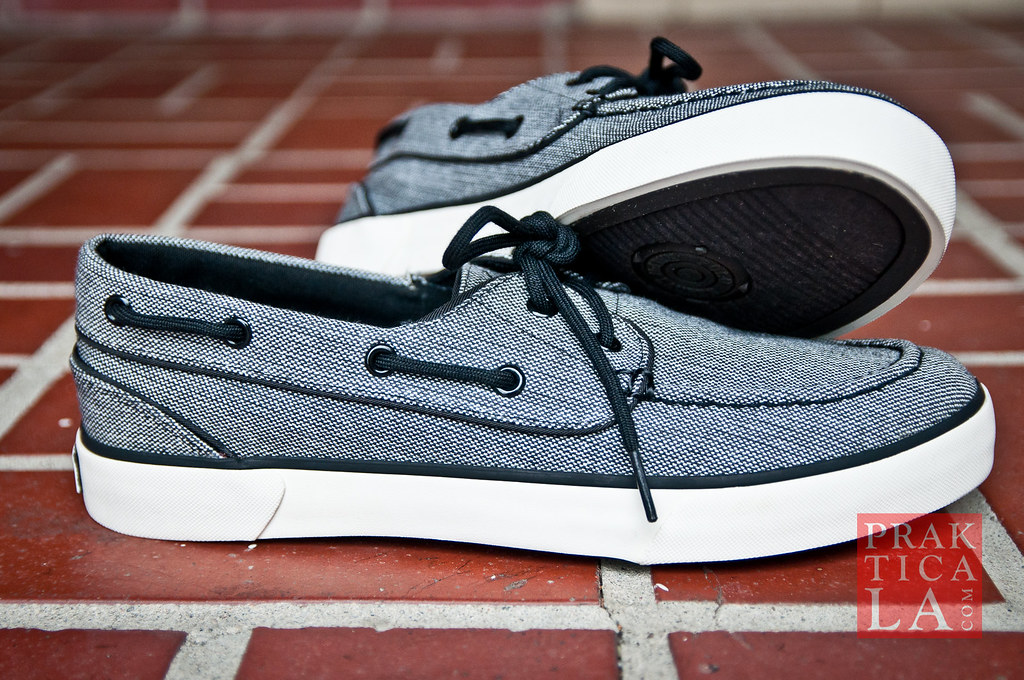 PRAKTICALA has a bunch of other things to do besides talk about shoes all day, but I was able to snag an incredible deal on these Polo Ralph Lauren Lander P boat shoes and figured somebody ought to hear about it.

Boat shoes are one of those items that are super old school and always considered to be in style, but at the same time seem to weave back and forth between enjoying widespread popularity (I hesitate to use the “F” word because I dislike FADS) and being on the backburner. Lately, boat shoes have been leaning towards the former, although I think they are beginning to slow down again as a trend (which is good).

Boat shoes are ostensibly supposed to be used for boating, which comes as a huge shock, I’m sure. Back in they day they were made of thick oiled leather to make them waterproof, had channeled, rubber soles to prevent slipping on a wet deck, and were stitched together with heavy-duty thread or leather cord. (Many still are.)

Sadly, now that Americans have deteriorated in wimpy dandies who stare at their iPhones all day and can’t hold their own with the outdoors, boat shoes have largely been relegated to not much more than a fashion statement. Oh well.

These Lander P sneakers from Polo Ralph Lauren are a great example of this – I highly doubt any serious boater would be caught dead in these anywhere near an actual boat.

Still, you’re probably not reading this to find out whether these shoes are seaworthy. It sure isn’t the reason I bought them! So let’s take a look to see if these kicks are worth putting on your feet on a casual spring day! 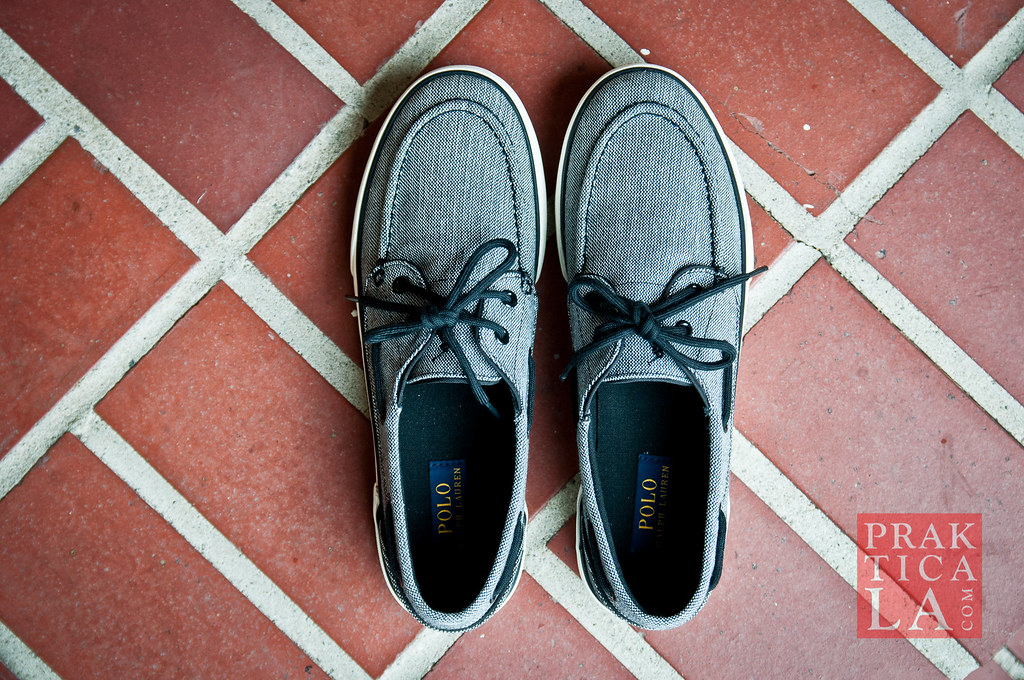 Unlike traditional boat shoes, the Lander P sneakers are not made of leather. It’s some kind of canvas/denim material, and it actually looks pretty cool. But they are probably the exact opposite of waterproof, so I advise against taking them onto the high seas. (For that, you might want to go with Sperry’s, the original boat shoe, which I’ll review another time.)

Also unlike traditional boat shoes, the Lander P does not have rubber soles. Instead, the outsole is a strange mix of rubber and fabric similar to what you’d see on the soles of Converse All-Stars. Nor are the Lander’s soles particularly channeled for improved traction. Why are they even called boat shoes??? 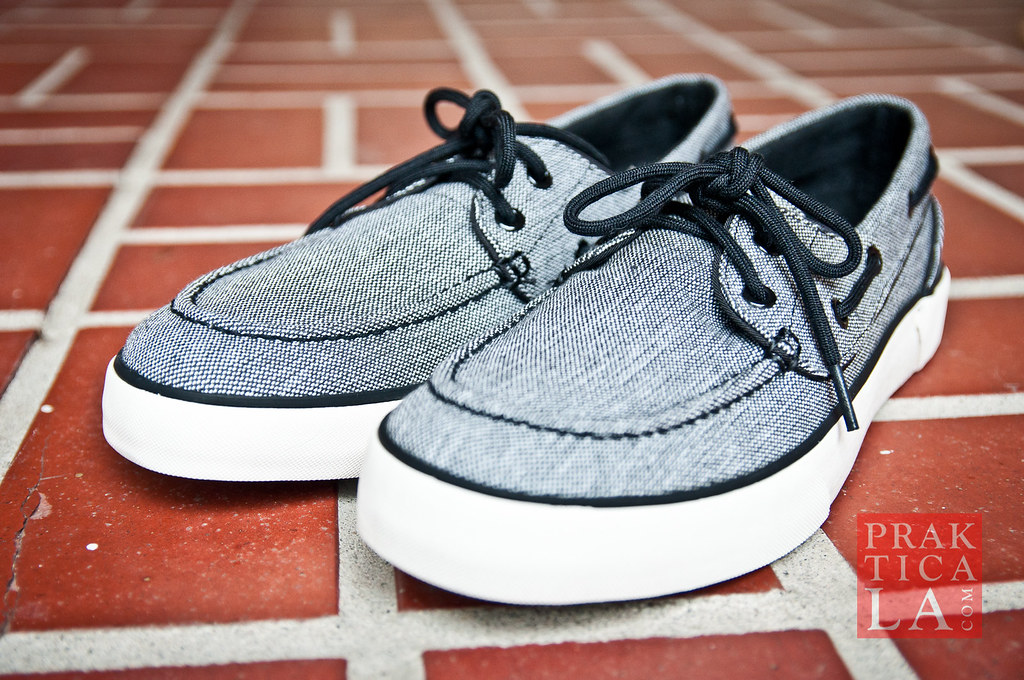 On to the good news. The shoes are very comfortable right upon putting them on. They are flexible, soft, lightweight, and easy to slip on, so they just might become the shoe you grab first when you run out the door to make a quick trip to the store.

I will note, however, that when comparing these with the Sperry Top-Siders that my brother gave me for my birthday a few years ago, the Polo shoes don’t seem to be quite as breathable as the Sperrys. After several hours of wearing them, especially without socks (which is generally how boat shoes are worn), my feet start to feel a little muggy. 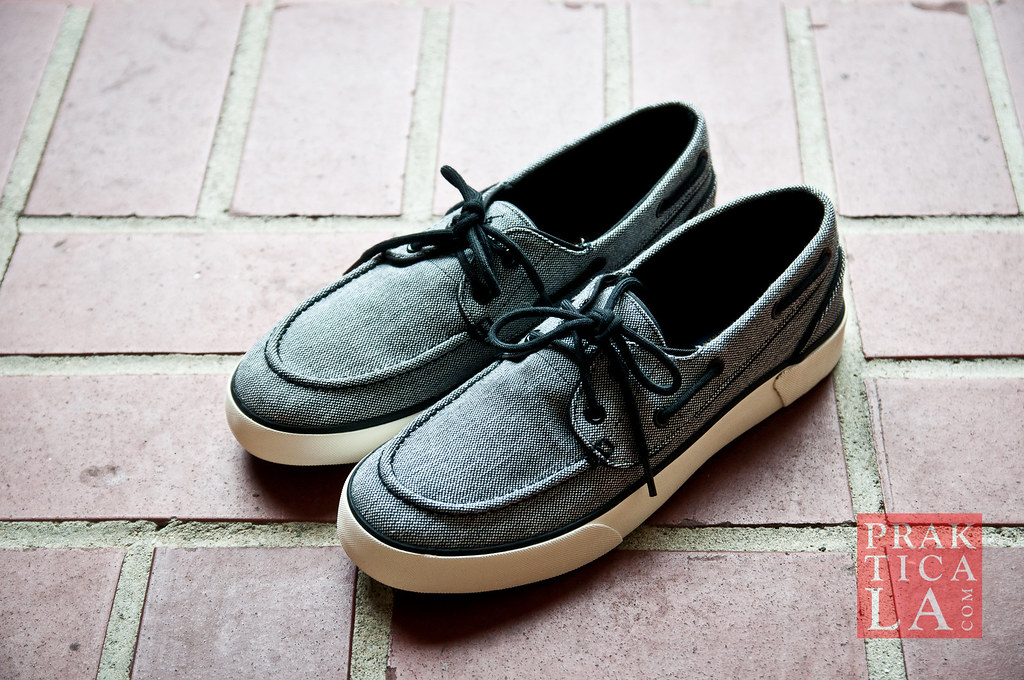 The shoes have a very casual look; I would wear them with jeans or shorts, or maybe some chinos. I suppose you could wear them to the office or another “business casual” setting, but I would consider that decision a “fashion-forward” one, and you would run the risk of being the aforementioned “F” word that I dislike. Remember – dress sharply and appropriately for the occasion – don’t be extreme!

One other thing to note: These are light-colored shoes. If you wear them outside at all, you’ll probably have to clean them once in a while.

The Landers are no longer available on the Ralph Lauren site, but you can still grab them at Amazon here!

Amazon also has a variation of the Lander (creatively christened the Lander II) here. Both models have all kinds of different colors. You could go that route too, I won’t judge!