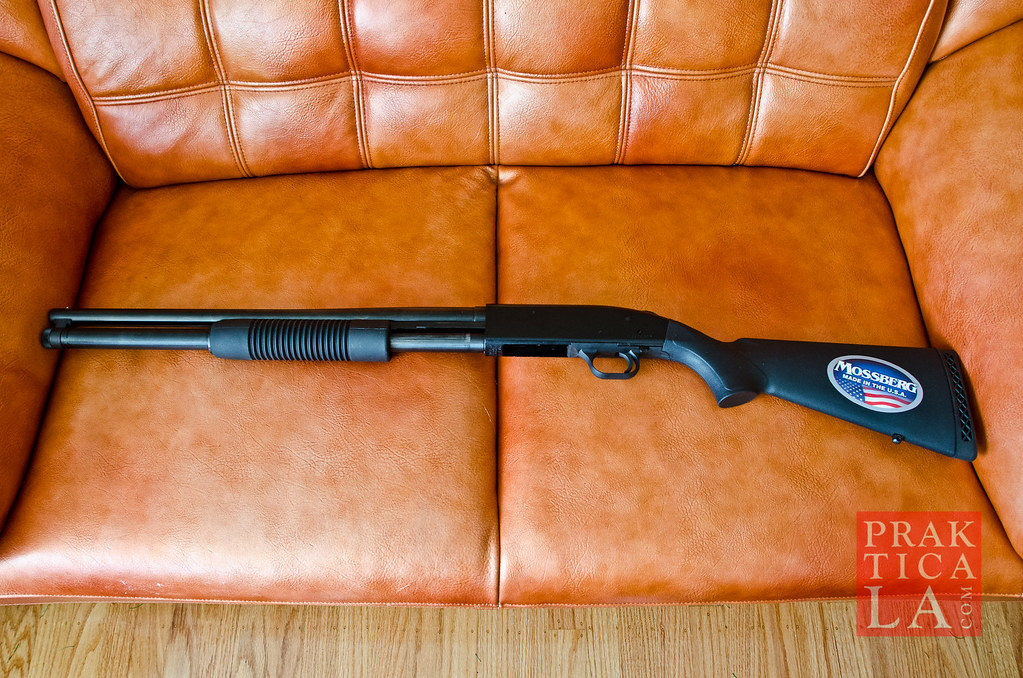 I visited my folks last week and finally got the chance to try out my dad’s new Mossberg 500 “Persuader” 12-gauge shotgun.

I own the Remington 870 and I’ve shot some other Remington shotguns, but I had never fired the Mossberg before, so I was quite curious to see how this one held up to mine. Here’s what I found.

The Remington 870 and Mossberg 500 are almost indisputably the most popular and beloved shotguns in the United States, and each have a devoted following. (I decided on the Remington several years ago because it felt more solid and less “rickety” in my hands – I put a video review up on Youtube way back when, which you can see here). They’re both made in the USA (thumbs up). Both also come available in endless combinations of lengths, finishes, magazine capacities, forend/stock materials, and gauges. Since it is impossible to compare so many different varieties against each other, I will just go over the most critical differences between the two models.

1. The safety. This is probably the most important difference between the two. I am not a fan of manual safeties on firearms, mainly because disengaging them under stress is time-consuming and easily forgotten, at least for laypeople like me without formal tactical training. In other words, when someone breaks into my house at night and my heart is pounding, it will be easy to forget to turn the safety off before taking a shot. The ensuing confusion of checking the safety (in the dark, I might add) could mean the difference between life and death. Sadly, most shotguns today are equipped with manual safeties.

The Remington has its safety on the trigger guard, and clicks between one side of the gun and the other. This requires removing the hand from shooting position and/or contorting the hand to press the button. More importantly, the safety is not visible from the shooter’s point of view unless the entire gun is flipped over onto its side! Bad bad bad.

The Mossberg has its safety mounted on top of the firearm. It can be activated or deactivated with the thumb for either left- or right-handed shooters without removing the hand from shooting position. Also, it is immediately visible to the shooter! So whether you’re shooting clay pigeons at the range, or (God forbid) baddies in your hallway, you won’t have to worry about whether the gun will fire or not. Cool!

2. The slide release. This is probably not as critical, but on the Mossberg, the lever to release the slide is placed further back on the gun, behind the trigger guard, whereas on the Remington it is up nearer the front (see the Remington photo in the previous section). For me, the lever on the Remington is easier to reach without too much contortion of the hand.

So how well does the Mossberg shoot? We went to Coyote Valley Sporting Clays in Morgan Hill, CA to take them both for a spin.

It was my first time at this range (until now I’ve only been to ranges in Southern California). It was very green, well-groomed, with a variety of terrain and shooting stations available – quite different from the plain, sandy, desert ranges in Socal. 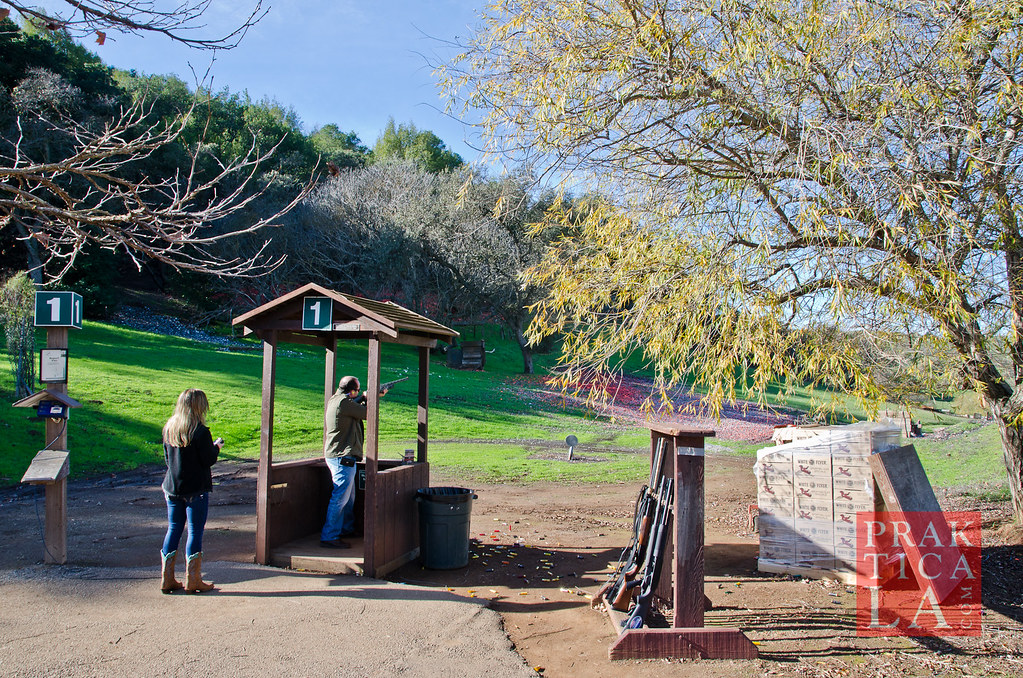 They don’t charge an entrance fee; shooters simply pay for every clay launched, which they keep track of with a magnetic card given at the front desk. We launched about 60 clays or so, for about 21 bucks, which is pretty good considering that range fees and the cost of clays are included in the rate. One thing to note is that they do have a barrel length minimum, which none of the ranges in Socal seem to have, for some reason. They do offer shotgun rentals though, for reasonable prices.

The Mossberg shot just as well as my Remington did. I think it may also have been a little lighter, although that might be just because of the pistol grip and adjustable stock that I added to mine.

Here is a video of my dad shooting the Remington and decimating a few clays. I think the Remington looks badder-ass, but that is only my opinion.

It is a very close match, but for general purposes I am going to have to betray my own Remington and side with the Mossberg! It is as reliable and accurate as the Remington, and the placement of the safety makes it more functional for the everyday home-defender. To boot, it is typically around 30-50 bucks cheaper than a similarly-equipped Remington! I also like the name “Persuader.” (“Oh, you’ve broken into my house? Here, let me ‘persuade’ you to leave.”) Although for just plain bad-assery and bragging rights (unimportant), I think the Remington has the edge.

It really comes down to preference, though. They are both good shotguns. Anyone else have experience with either one? What do you think?