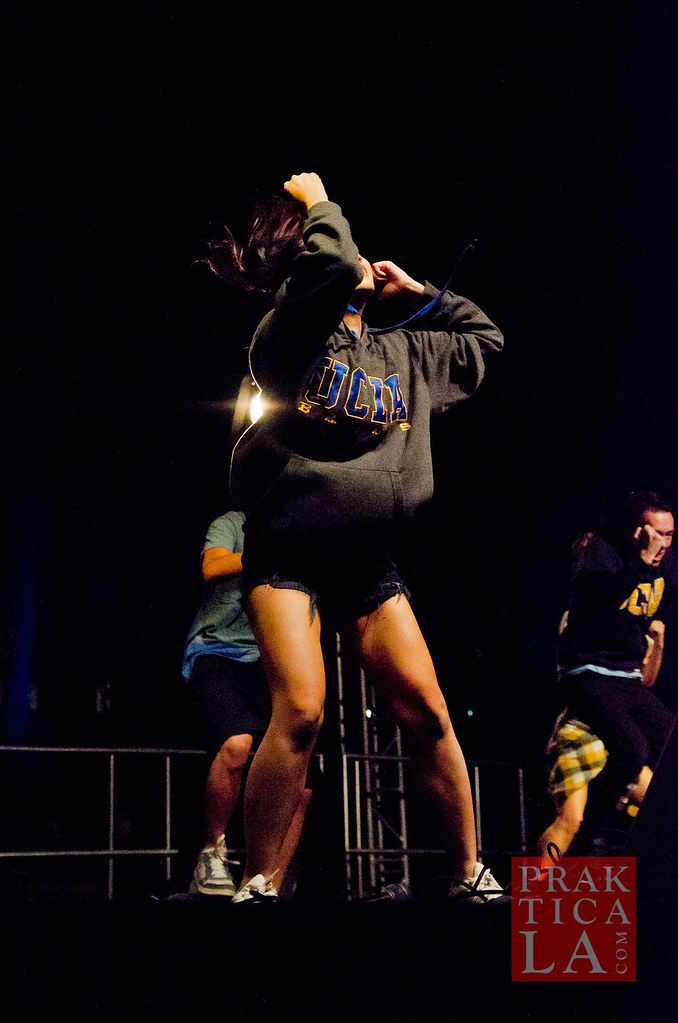 Last month I was again invited to shoot the BEAT SC bonfire rally at UCLA. To get more coverage, I asked Yoselin from 6 Mono Media to assist me as second photographer. As always, it was a great evening of impressive performances, team fervor, and intense rivalry. But this year there were a few unexpected changes to the show.

The rallies always start with a T-shirt giveaway, where students can trade in their evil red shirts for a UCLA “Beat SC” T-shirt, which happens to feature a photo that I took as the text background. 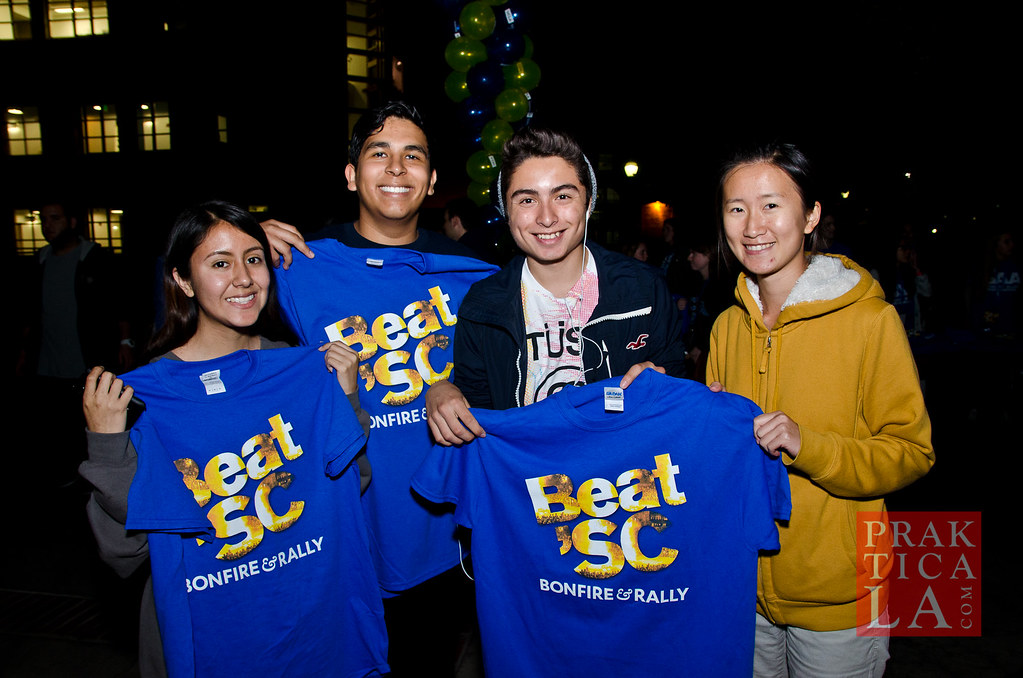 The pyre for the bonfire, which was sort of a USC effigy, was located in the center of the field. While it had usually been fenced off in previous years, this time there were student protestors surrounding the pyre. Protestors made sporadic comments about capitalism, tuition, and other hot topics, but the purpose of their campout remained more or less unclear to me. 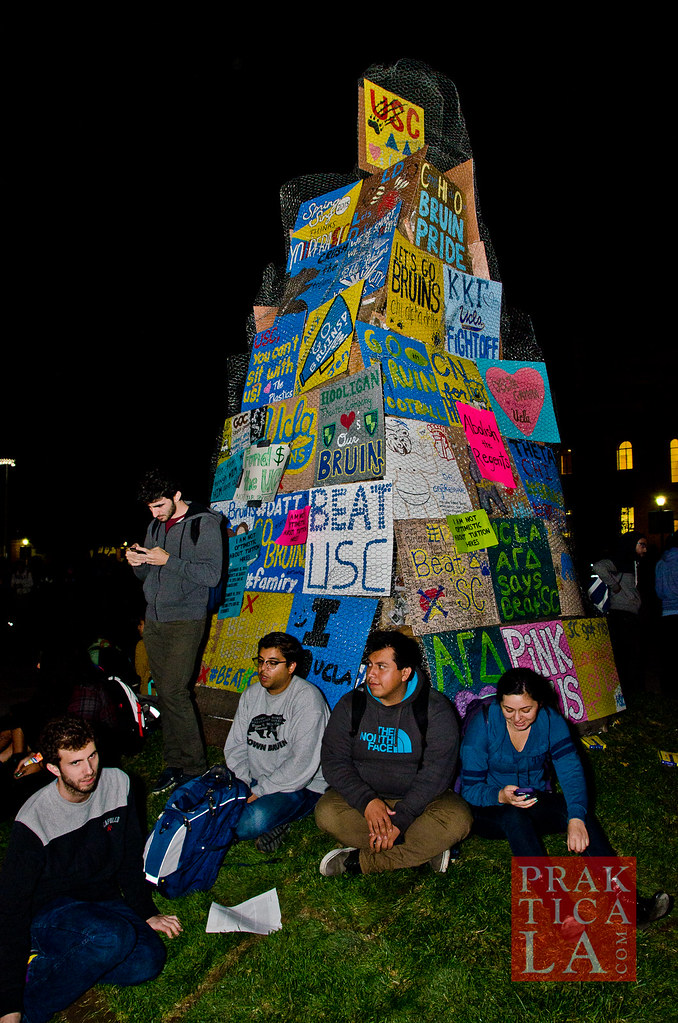 The main stage at the end of the field held the bulk of the evening’s events. Soon the program began, so we moseyed over to the front section to capture the lineup of performers, which included dance teams, a cappella musical groups, and the UCLA Spirit Squad. 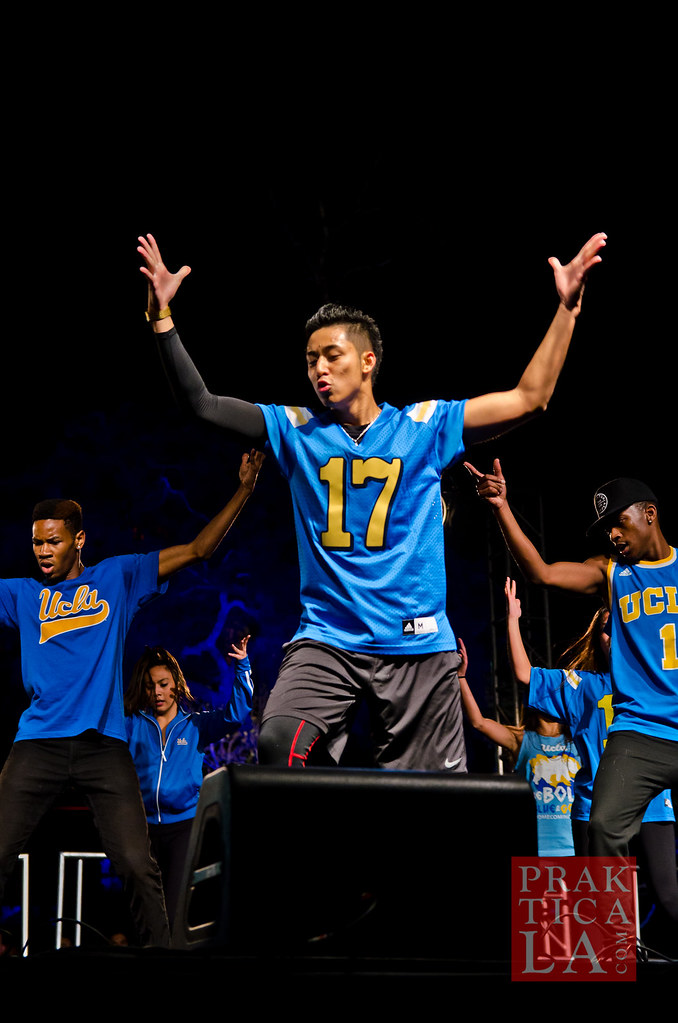 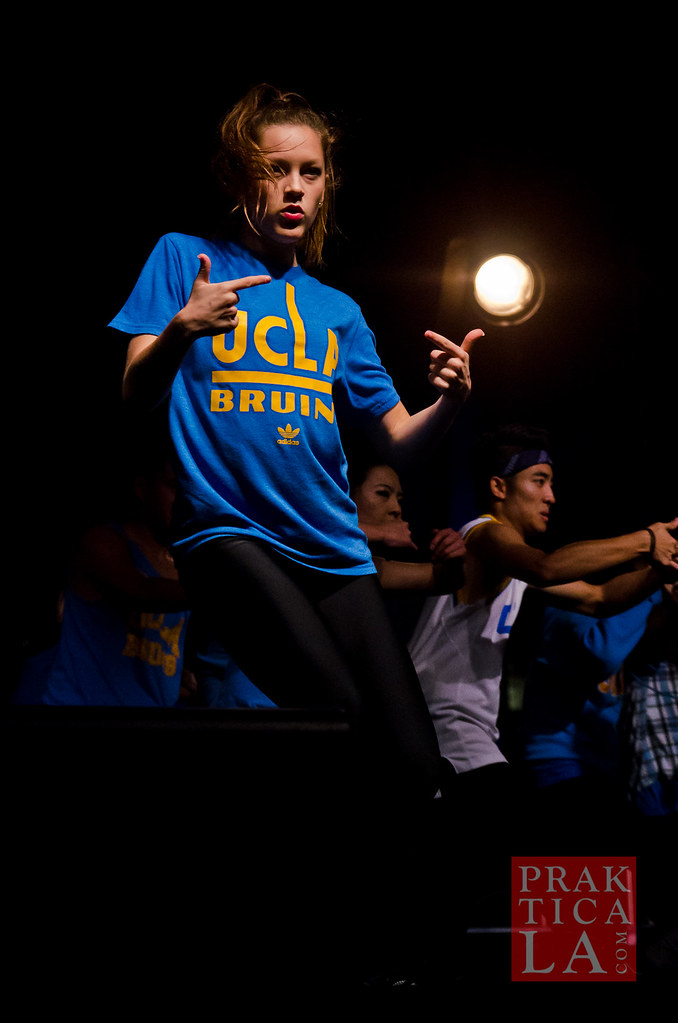 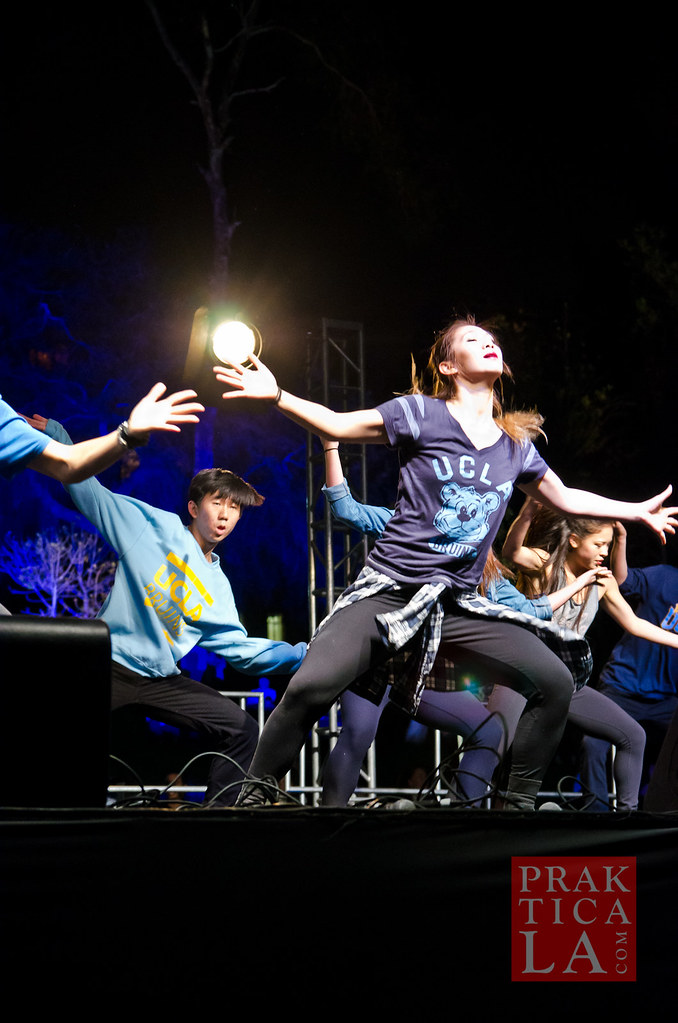 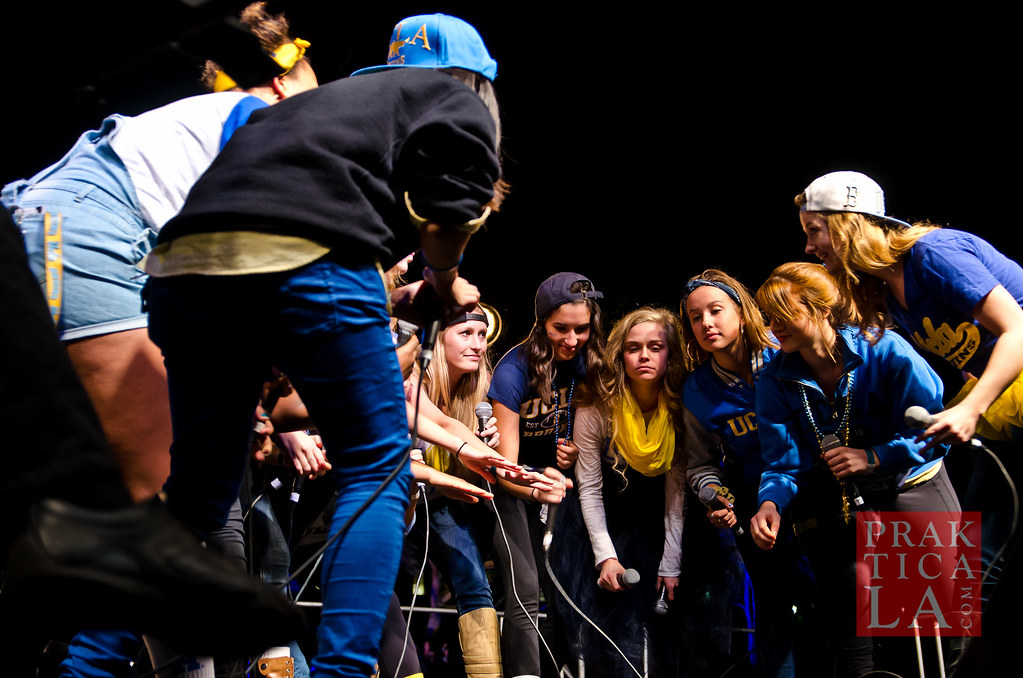 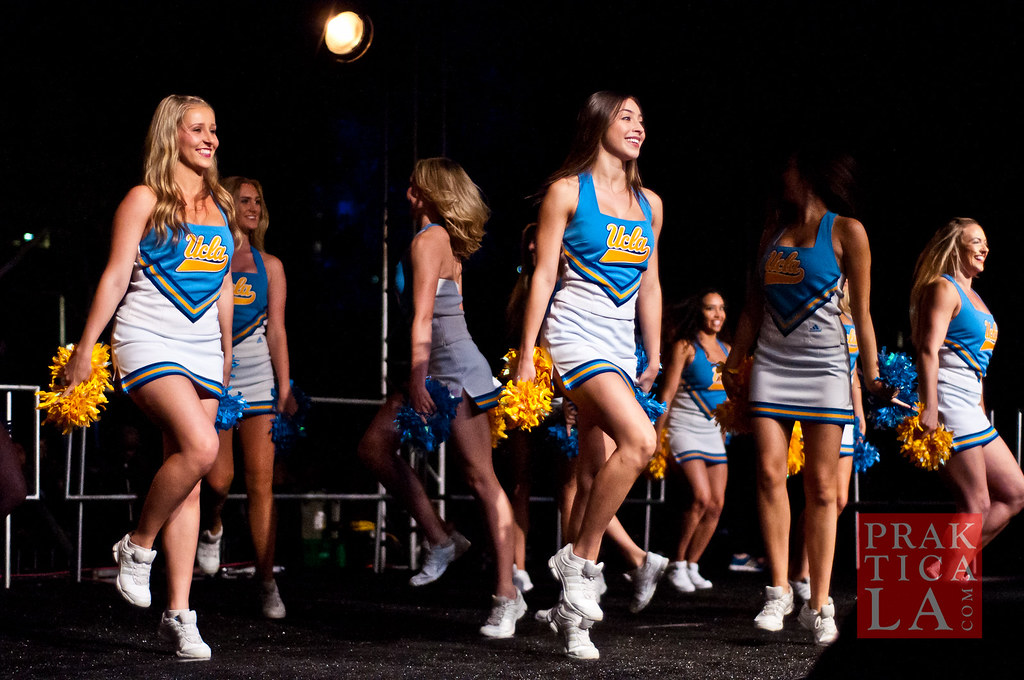 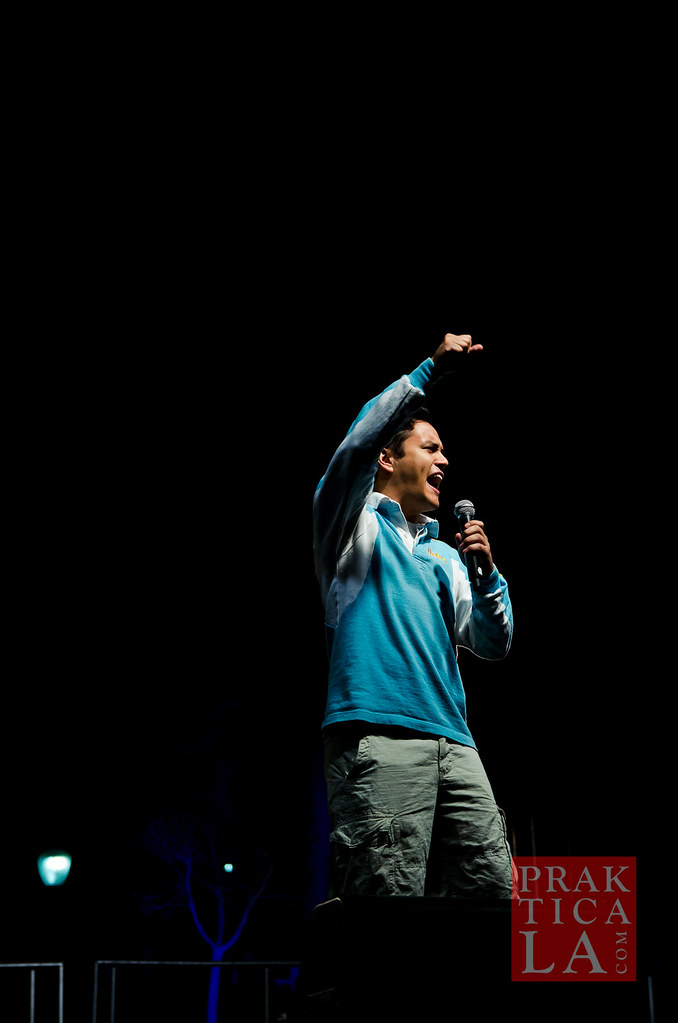 The audience was pumped. You could tell they really wanted to win again!

Unfortunately, due to the protests, the fire department deemed it unsafe to proceed with the bonfire, but everyone was so excited that they didn’t seem to care. The coach also dropped an awesome F-bomb as the young children in the front row stood agape, admiring their heroes on stage. (The coach later apologized. It was hilarious.) 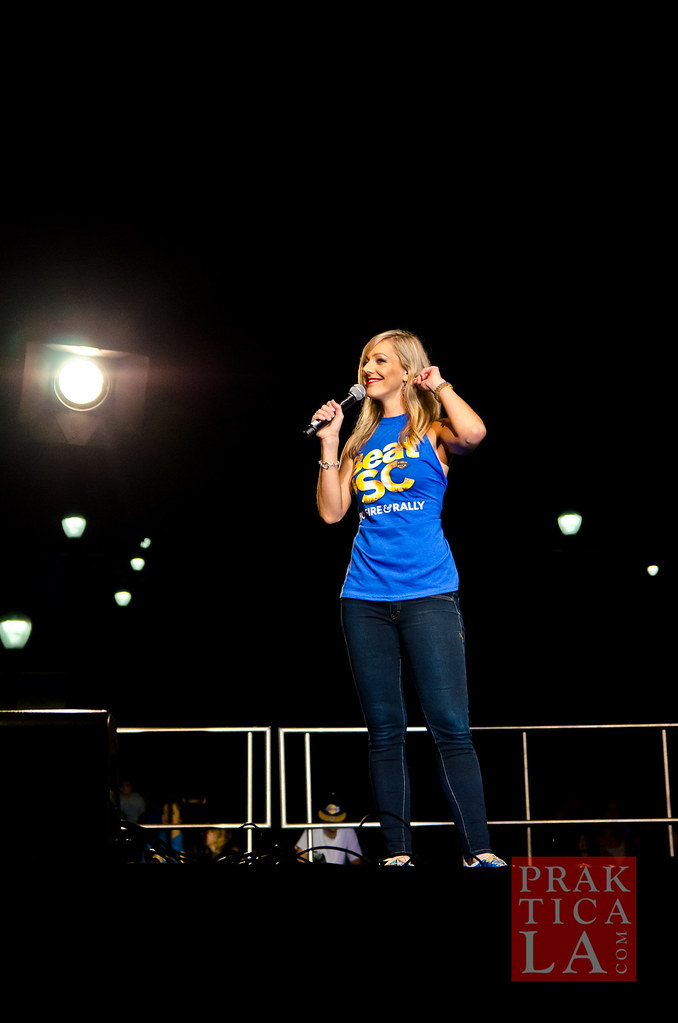 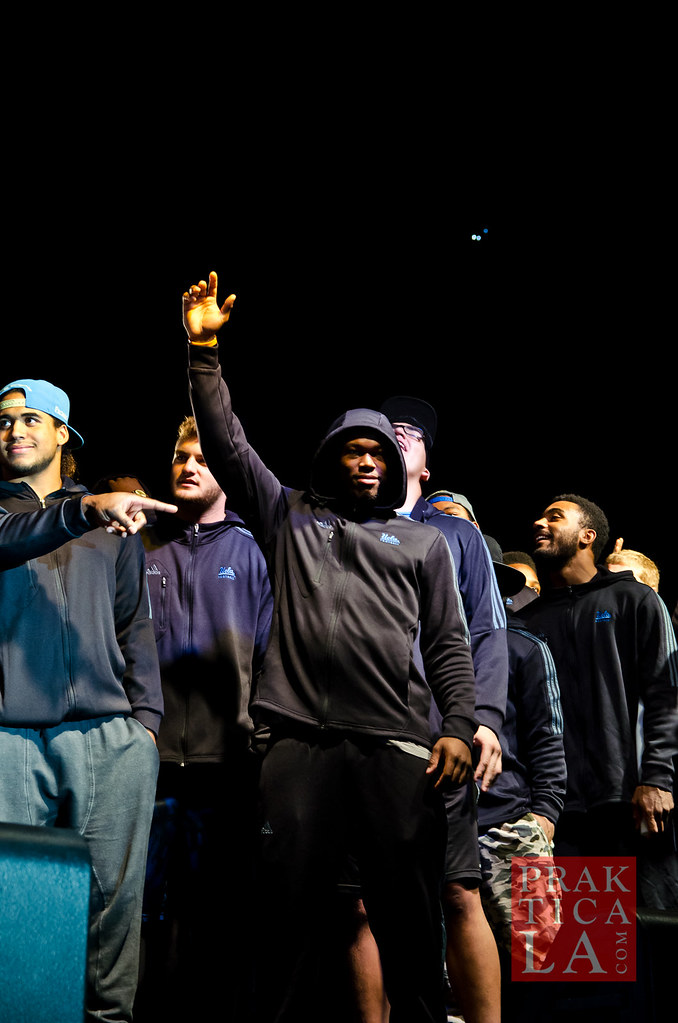 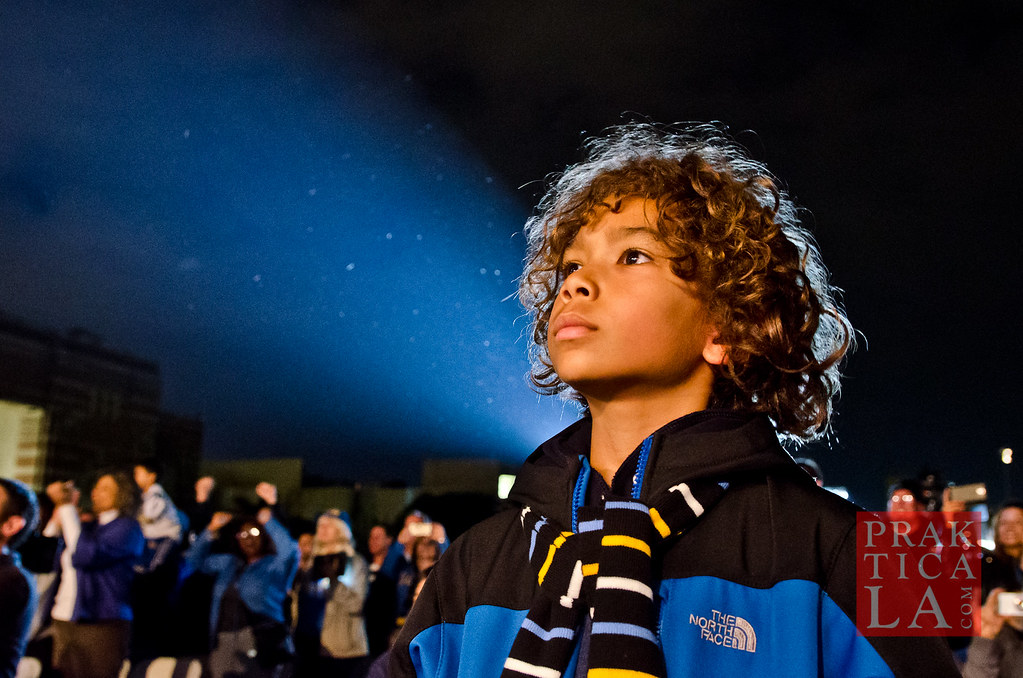 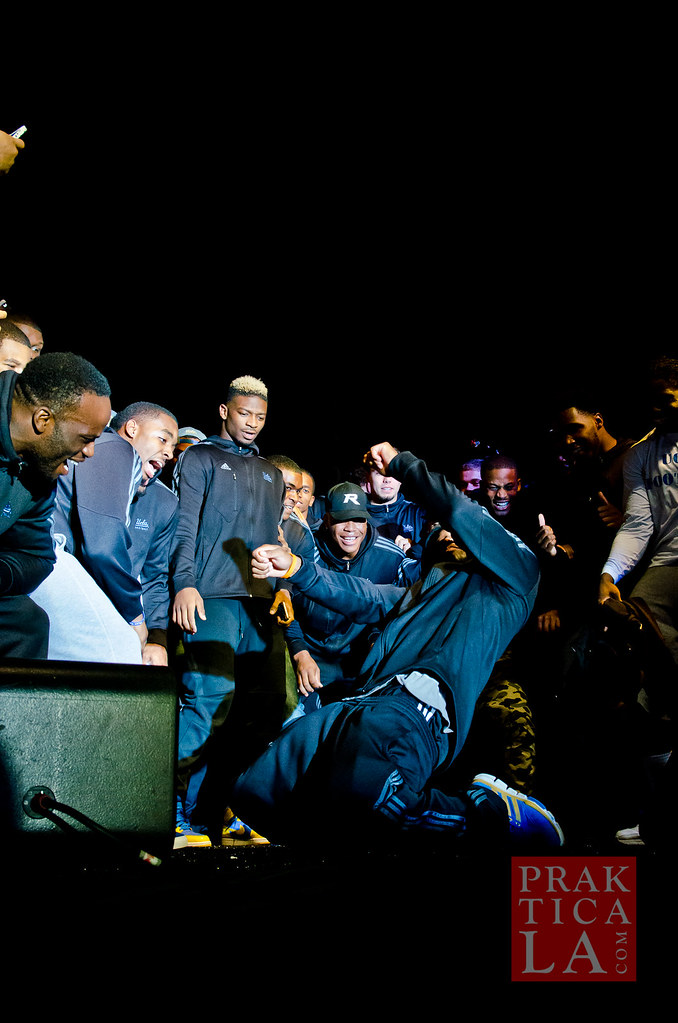 Both the football players on stage and the students and alumni in the audience got their party on!

The event came to an end, and I began to wrap up the shoot. As I was packing up in front of the stage, all of the student event staff started to gather together for their own group picture. Thinking I was done for the night,I began to walk away, but noticed that the entire group was staring at me with a collective look of confusion on their faces. They thought I was their official photographer!

Since whoever was supposed to take their photo was nowhere to be found, I stepped in a grabbed a few group photos of them. 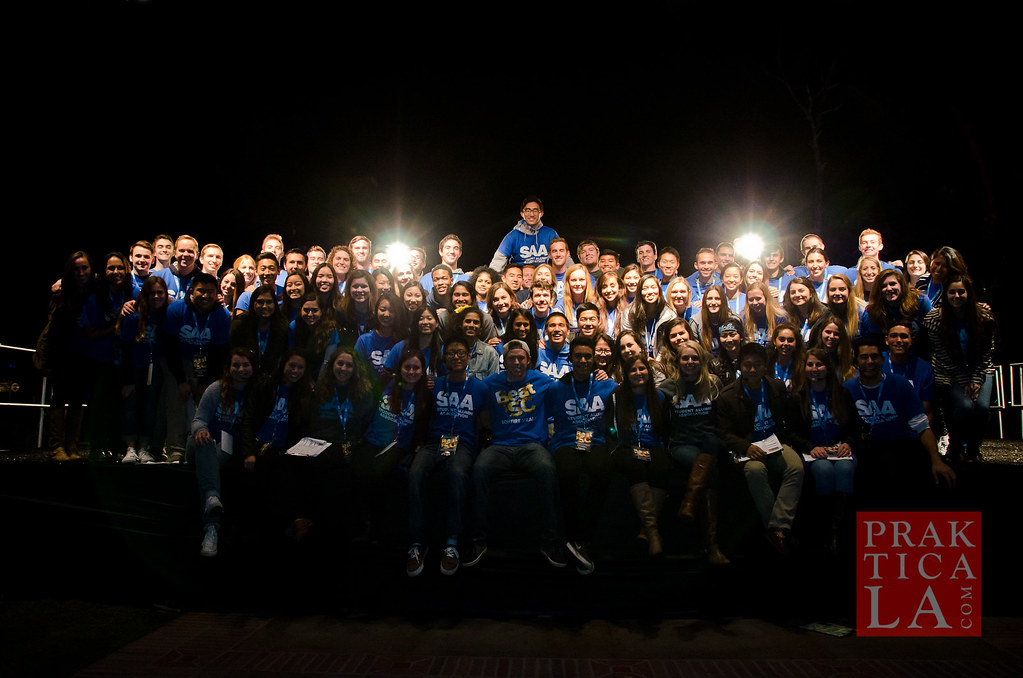 All in all it was an enthusiastic and entertaining night. Looking forward to next year. Congratulations on the win!